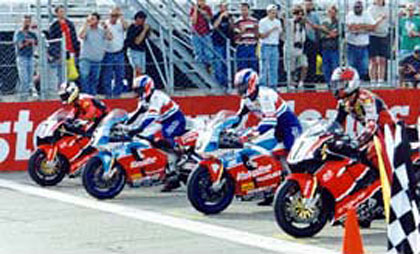 The team’s Grant Lopez crashed when a rider he was drafting and about to pass missed a shift on the front straightaway. Lopez collided with the other rider, bounced off the wall and tumbled down the straightaway, and was taken to the infield medical center with a concusssion as the race was red-flagged.

Batey and Lopez qualified second and third fastest, Batey less than half-a-second off pole position and underneath the 1997 lap record for the class, running race tires and not the special, good-for-one-lap qalifying tires used by the competition. Lopez was less than 0.7-second off pole. 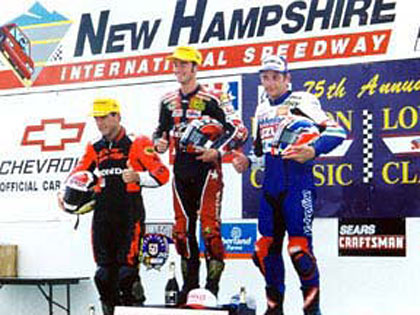