“I’m just really excited to be a part of the program and get the ball rolling,” Zemke said. “I wish we were rolling to Daytona right now to go racing. The off-season will definitely be a little bit long for me. I’m looking forward to getting on the track as soon as possible.

“Collectively we’ve got quite a few years of experience on Hondas, and it’s always great to get back on a bike you are comfortable riding. I’m definitely looking forward to putting some of my Honda knowledge to the test and help apply it to the team.”

Team owner Chris Ulrich said the veteran rider will contribute a lot to the team both on and off the track.

“Jake is a guy we’ve been watching for a long time,” Ulrich said. “He has won a lot of races during his career. We’re excited to bring his talent, experience, and technical knowledge to our team. He’s going to be a big asset to our entire organization.

“He is really going help us tap the full potential of the Honda CBR600RR in Daytona SportBike. We’ve made a lot of progress in a short period of time and Jake will bring us even further along.”

Zemke raced on Hondas earlier in his career and is looking forward to the opportunity to bring Big Red back to the forefront of American road racing.

“At the races during the last couple of seasons I’ve had a lot of fans come up and say, ‘We’d love to see you back on a Honda,’ ” Zemke said. “So it’s really exciting to be able to get back onto a Honda. The GEICO Motorcycle program has been really strong, and they’ve done a great job and been one of the benchmark teams. They’ve won the AMA Pro Daytona SportBike championship twice in the last three seasons.

“This team has obviously done a great job over the years with other brands, and they’re just starting to scratch the surface with the Honda. I think there’s definitely a lot more to come with their work ethic and a little bit of knowledge on my end. I think we should be good and really be able to go out there and fight for podiums and race wins.”

The season will start on March 15, 2014, with the 73rd running of the Daytona 200 at Daytona International Raceway. 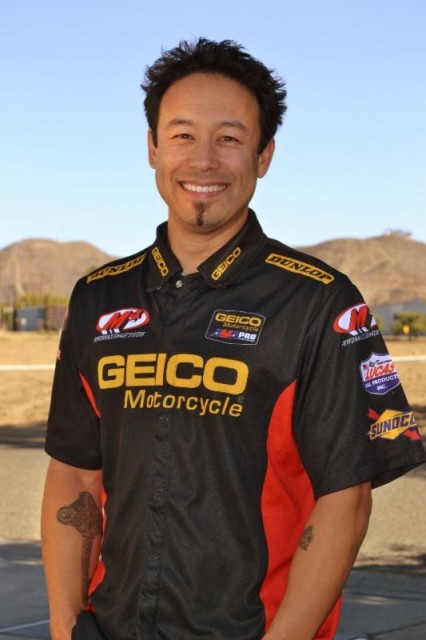