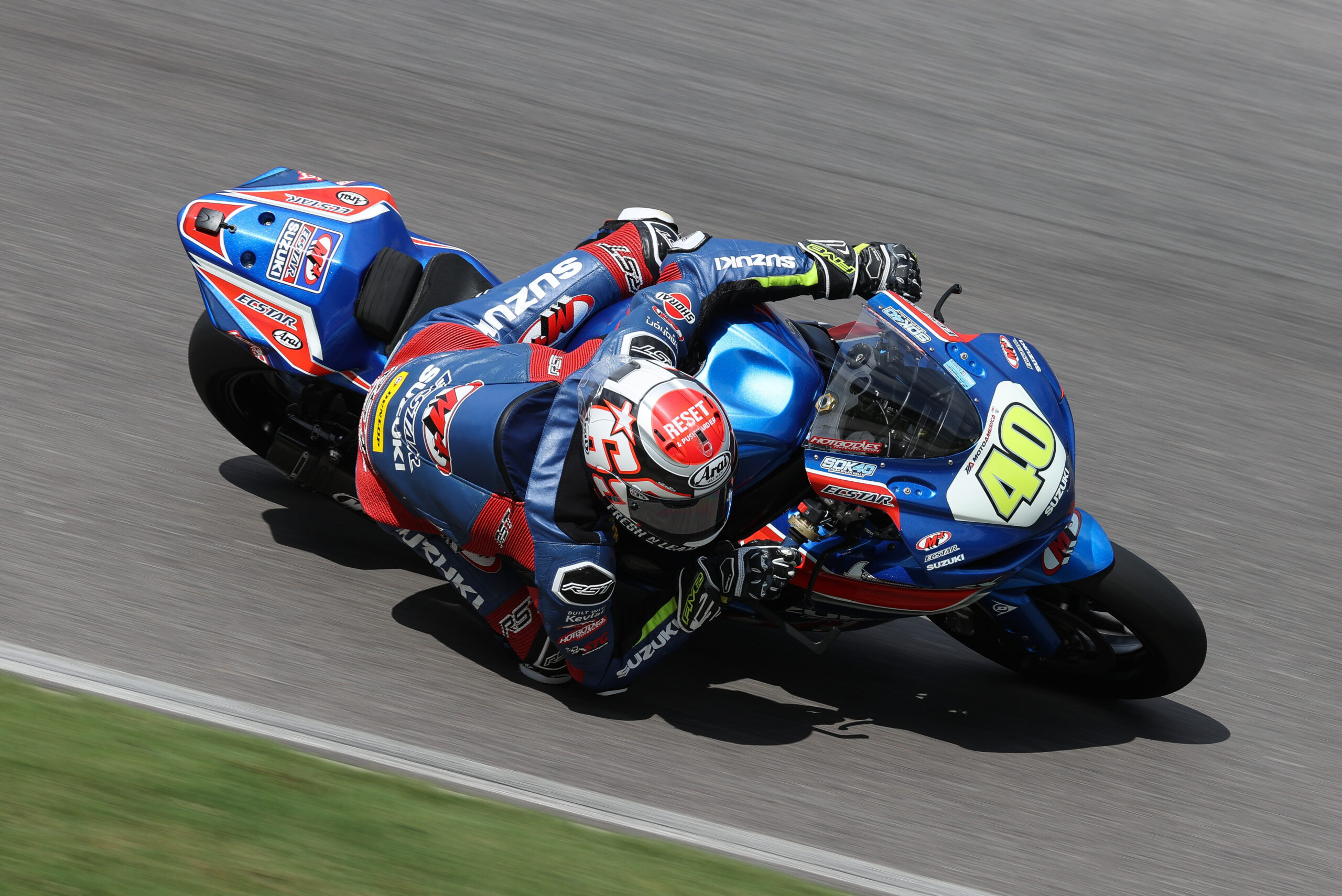 The weekend’s inclement weather increased an already sky-high level of difficulty with both day’s races held in a range of wet conditions, from a tricky drying track to a torrential downpour. Despite that unpredictability, Suzuki’s aces focused and competed at their best.

M4 ECSTAR Sean Dylan Kelly put the finishing touches on one of the all-time great MotoAmerica Supersport campaigns with another epic last-lap win on Saturday, followed by an impressive ride to second on Sunday in more challenging conditions.

While the Moto2-bound Kelly’s title-winning season was largely defined by his 12 victories, the last of his 17 podiums came after crashing in the wet moments after attempting a daring pass to steal back the lead in the late stages of the race. Never one to give in — and even after already being crowned champion — ‘SDK’ jumped back on his GSX-R600 and rode it to a runner-up finish to score the final 20 points of his record-breaking season’s tally of 410.

“I’m really grateful for this entire season,” Kelly said. “It’s been absolutely incredible working with the M4 ECSTAR Suzuki team and everyone involved with Team Hammer these last three seasons. I’m very grateful for the opportunity John and Chris Ulrich gave me to race in this championship.

“To be the 2021 MotoAmerica Supersport champion is something I’ve dreamed about, and I’m very proud to be in this position. I’m also very proud that I’ll be representing MotoAmerica in Moto2 next year with one of the best teams possible. This was a season that I think people will remember.” 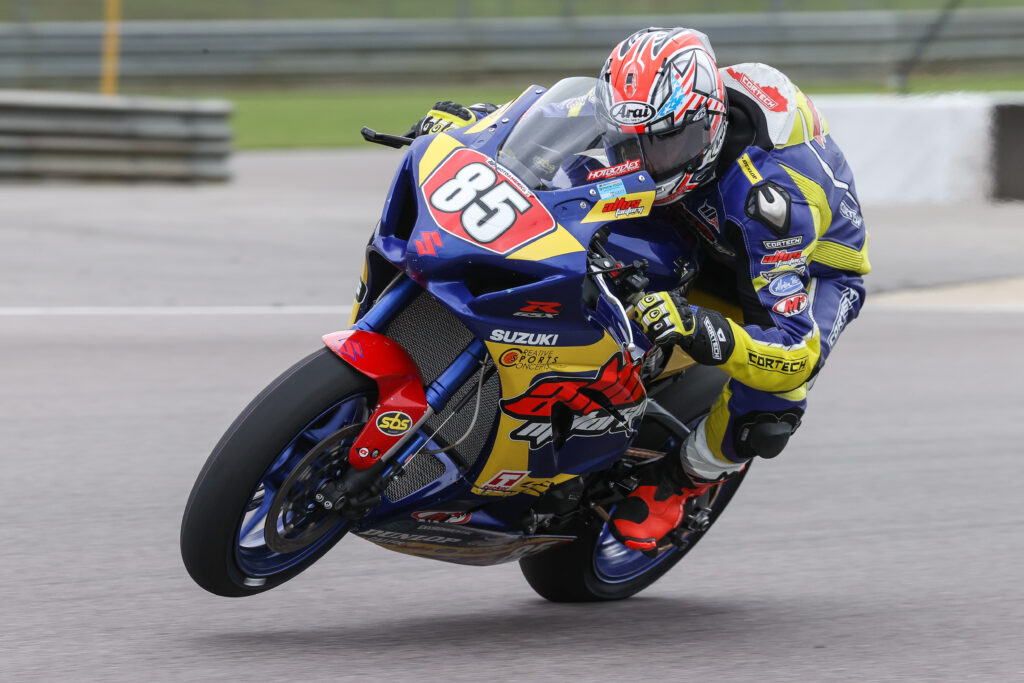 Even in difficult drying conditions, Lewis skillfully guided his Team Hammer-built GSX-R1000R to a sixth win of the season — including the last four in succession.

Lewis, who also secured the 2021 Superbike Cup, said, “The team gave me a great bike and I built up my confidence and fitness as the year continued. We’ve won the last four races so to close out the season like this is great. There was just the one (Stock 1000) race this weekend, so I figured I’d show ’em why I was the champ. I didn’t want to go out second or third. It feels good.” 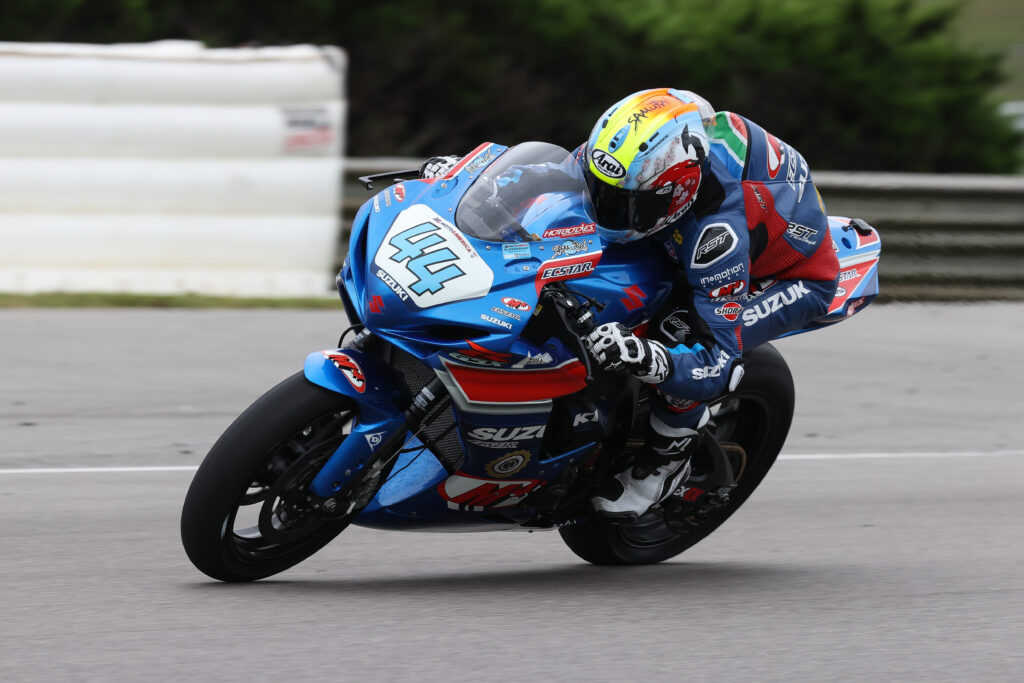 M4 ECSTAR Suzuki’s Sam Lochoff carried his late-season momentum right through the final checkered flag as well. The South African teenager came home fourth on Saturday and then scooped up his fifth podium of the season with a Sunday third.

Lochoff, who earned his maiden MotoAmerica Supersport victory a week ago, finished his rookie season in the hotly contested class ranked third.

He said, “There’s been a lot of ups and downs this rookie season, but mostly ups. I want to thank the team because they made this all possible. I also want to congratulate Sean for his season and wish him the best going to Moto2.” 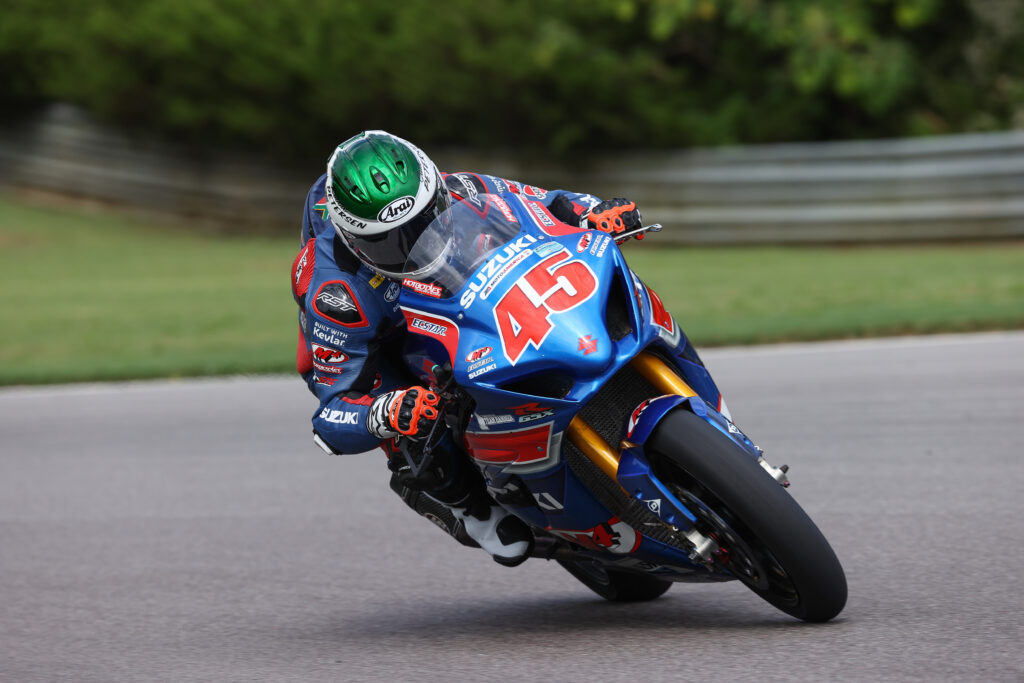 Meanwhile, M4 ECSTAR Suzuki’s Cameron Petersen broke through on Saturday to claim his first-career MotoAmerica Superbike victory in improbable fashion after crashing and remounting his Suzuki GSX-R1000R in torrential rain conditions. He backed that up on Sunday with a fourth and a fifth in Sunday’s two races to end the season ranked third in the premier-class standings.

After claiming that breakthrough maiden win, the South African said, “Honestly, I don’t think it’s really hit me yet. It’s been a long road to get to this point. I had this weekend circled from the start of the season — it’s my favorite track in the world — and I knew the Suzuki goes really well around here. I came into Barber with a little bit of confidence and that really shaped my weekend.”

“On the cool down lap, I was so emotional. My family has sacrificed so much for me to get to this point, so to finally get a Superbike win, it feels like it’s paid off. I couldn’t be happier. Thank you to everyone who has supported me and been in my corner.” 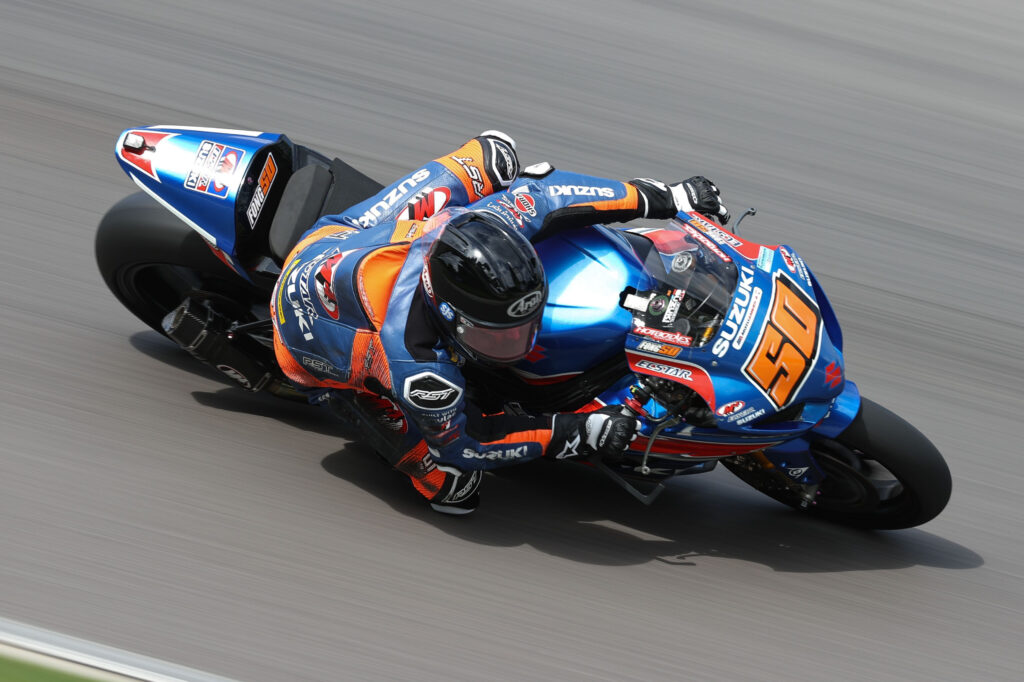 Bobby Fong (50) finished his 2021 season strong with top ten finishes in all three races in Alabama.

Superbike teammate Bobby Fong tallied up finishes of eighth, ninth, and tenth on the weekend to move up to fifth in the final points order. 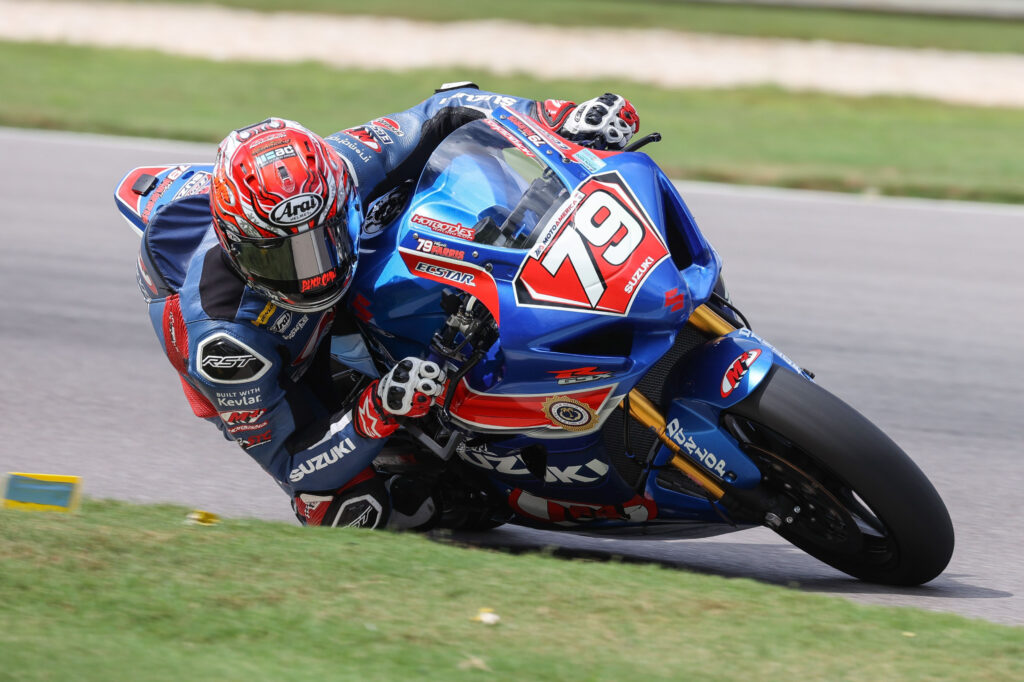 And finally, M4 ECSTAR Suzuki’s Wyatt Farris concluded the Stock 1000 season ninth in the points on the strength of eight top-ten finishes.