Lopez, who won both races at Pikes Peak, earned close to $10,000 in purse, contingency and bonus money on the day.

Team Valvoline EMGO Suzuki’s Josh Hayes is second in points for the 103 HP support class and sixth in the 126 HP support class. Hayes had a tough weekend at Pikes Peak with two grinding crashes, but escaped relatively unhurt.

The next round of the Formula USA Series is at Portland, Oregon on July 17-19. 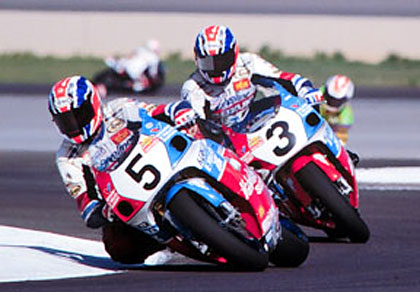