Placing his GEICO Motorcycle Honda in eighth place, Zemke had a lot about which to be happy. With his previous experience running at Daytona, Saturday’s race went exactly as he expected it would.

“Before the first round of pit stops, with the lack of motor, guys would just go by me down the straightaway,” Zemke said. “We really couldn’t do anything with the other SportBike riders. It wasn’t until the tires started to wear down that I was able to make some forward progress. They weren’t able to get off the corner quite as well as I could. From then on I was able to start making passes and moving forward.”

With the SportBike season-opener behind him, Zemke knows his team has some work to do but is optimistic that they will continue to impress like they did this weekend.

“The guys did a great job on pit stops, and that definitely helped us move up positions in the race,” Zemke said. “The crew does a great job, but they have been at this a long time. Now the only thing left to do is have the boys go back to the shop and do some more homework. Hopefully we can get this thing dialed in before the next race.”

Zemke wasn’t the only one who was able to improve at Daytona. GEICO Motorcycle Honda American SuperBike teammate Chris Ulrich posted a 10th-place finish in his second race of the weekend.

“I was a little tentative at the start,” Ulrich said. “I just wanted to get through Turn 1, execute my plan for the race, and move forward from there. We made a pretty big change before the race this morning after getting a better feel for the bike in warm-ups.

“In the end, we’re in the top 10, and I’m pleased with being able to roll out of Daytona in one piece. Now it’s time to go back and get ready for the SuperBike shootout at Road America.”

The SuperBike doubleheader this weekend allowed the GEICO Motorcycle Honda team to keep perfecting the work they had done in the off-season. With slight progress each day, the future looks bright for them.

“We finished the race 12 seconds faster, and that’s a big improvement over Friday’s times,” Ulrich said. “Now the goal for the remaining races is to cut that gap down substantially and improve the finishing position. The SuperBike program is moving along, and I’m looking forward to seeing what we can do in the future races.”

Both Zemke and Ulrich will return to battle it out when round two of AMA Pro Road Racing is contested May 30-June 1 at Road America in Elkhart Lake, Wis. 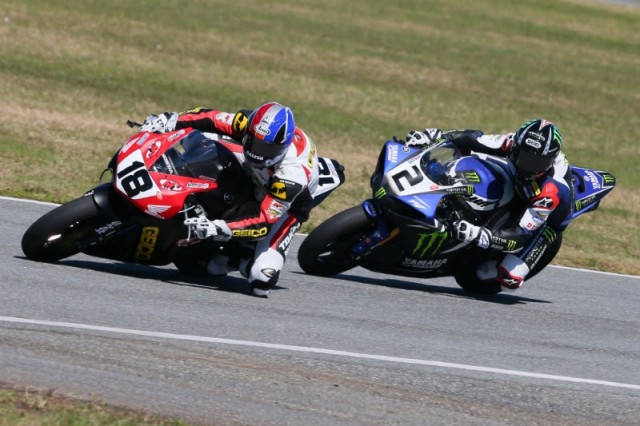 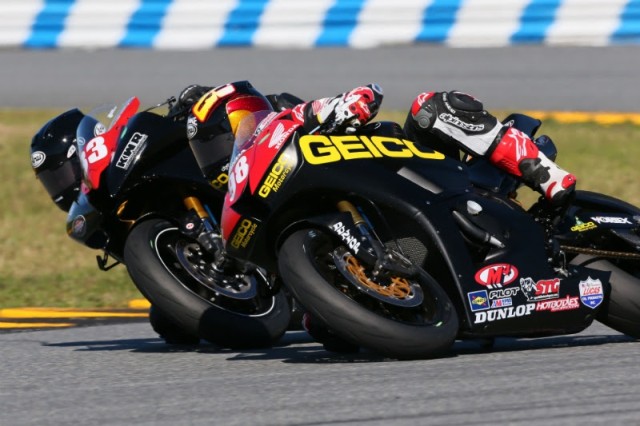