“Two top-fives in Superbike and 10th overall, it feels great,” Ulrich said. “I’m really happy for the team. They did a great job and they put in a lot of hard work. The team shares the good and bad with me when things don’t go well, such as mechanical issues or crashing or great finishes. So I’m definitely happy with the two top-fives in the Superbike class and two top-10s overall.”

Ulrich made a wise, last-minute decision to change to slick tires on the grid before his first race. With some quick thinking, some intuition, and a lot of experience, his choice prevented him from having to pit mid-race for a tire change.

“That’s something that comes with experience,” Ulrich said. “I had that same situation in 2012 at Homestead and I picked wrong. Today we went out with that same kind of setting. We got out to the grid, and I said, ‘We need to get slicks on,’ so the boys backed me up and did a great job getting the tires changed.”

Tire decisions were crucial today because some rainfall earlier in the morning created a wet, slick track.

“The start of the first race was difficult because in that situation you don’t really know what you have,” Ulrich said. “When it goes, it lets go, and so once I got used to that I just picked through the field and had another great battle, but overall it was a great race.”

“It just feels so good to do the weekend well without any hiccups and to get 100 laps on the bike without issues,” Ulrich said. “I’m really proud of the guys for sorting that all out. It really allowed us to raise our game and our performance. Now we know where we stand, kind of our baseline, and we will work on a few things with the front end of the bike going into Indianapolis, and it will allow us to improve our results overall.

“It feels good to get two solid races and start the last third of the season strong. Now we can go into the next race and build on something strong and reward our team and sponsors.”

Chris Ulrich has two weeks off before heading to Indianapolis Motor Speedway on Aug. 7-9.

“I plan to work hard during this time off and maintain my fitness and improve if we can during the short break,” Ulrich said. “The guys will go back home and work on some different fork specifications and try some different front tires for the next race. I’m going to take this momentum into Indianapolis and improve on it all. 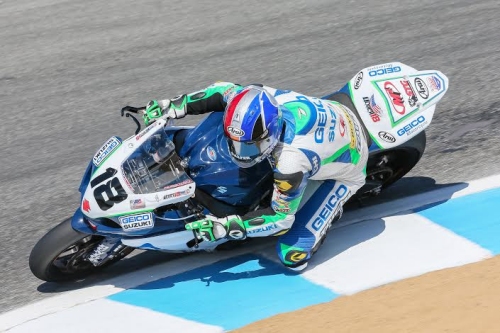