MILLVILLE, N.J. (Sept. 13) — GEICO Suzuki racer Chris Ulrich closed out the MotoAmerica season with one of his best performances of the year, racing to a pair of top-five finishes in the Championship of New Jersey Superbike race Sunday at New Jersey Motorsports Park.

Ulrich finished fifth in class in the first 25-lap race and then came home fourth in the second on the 2.25-mile Thunderbolt Raceway layout. A test last week on the “Lightning” layout at NJMP helped Ulrich and his team fine-tune the Suzuki.

“This is the most complete weekend we’ve put together all year,” Ulrich said. “The test really allowed us to get on top of the electronics and work on some new suspension stuff. This is the best performance, overall, of the season between qualifying and racing.

“Each practice we were in the mix, qualifying we made stuff happen, we made Superpole 2, so it was a complete weekend overall.”

Ulrich started the season with a new manufacturer, returning to a Suzuki. And he closed it with five top-five finishes in the final six races to finish sixth in the Superbike points standings.

“It’s been an up-and-down year with some challenges,” Ulrich said. “The team and I did well, and I feel like I’m riding well. The team is working really hard, and we never gave up. This weekend is proof that we kept charging and got a good result.”

“The first race, I’m a little bummed about,” Ulrich said. “We were in a decent position, and the red flag came out because of rain and conditions were a little bit sketchy. We got the thing restarted, and the launch was OK, but going into Turn 1, it was a mad scramble going in there. It was pretty tricky, and I came out on the losing end and lost a few positions there. 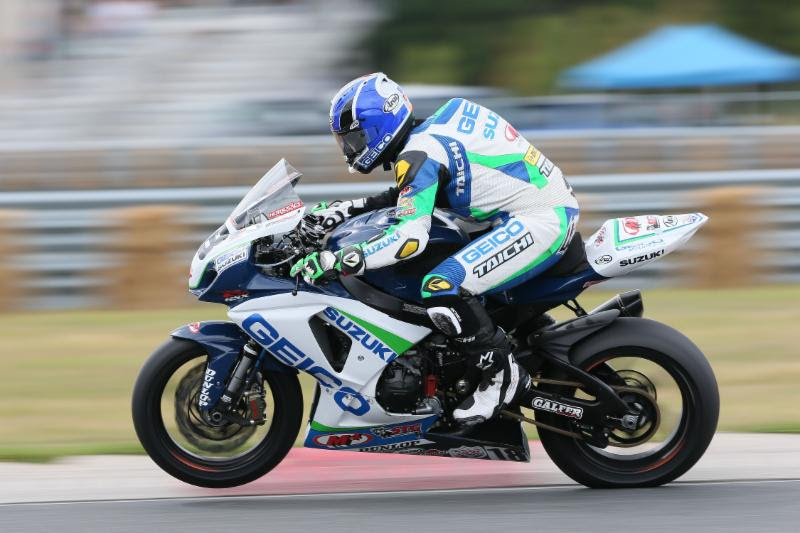 “The race was red-flagged again for rain five laps later. By the time I gathered everything up and got started moving forward again, I was out of time. That was disappointing.”

The second race went uninterrupted, and Ulrich was able to climb into fourth place in Superbike.

“The second race ran full distance,” Ulrich said. “We kept charging the whole race. We were battling with a few guys early on, and I got them and started moving forward. I had picked a soft tire, so tire wear was quite high. With about five laps to go, the tire started going away and the bike started coming around on deceleration. I was just trying to stay with that little group I was with.”

Now, Ulrich looks forward to the 2016 season to build on the momentum he and the team had at the end of this season.

“We’ve got a pretty solid package to start 2016,” Ulrich said. “We’re going to take it home, do some refinements on it, and then we’ll get a new bike about halfway through next year, so I’m looking forward to it.”