The nine-event season comes to a close this weekend, and Ulrich wants to continue a late-season surge that has seen him finish in the top five in three of the last four Superbike races.

“We just want to continue to build on that last finish we had at Indy,” Ulrich said. “I’m looking forward to finish the season strong.”

Ulrich was fifth in the second Superbike race at Indianapolis Motor Speedway last month and is seventh in the points standings headed to NJMP. After testing the Suzuki this week, he hopes to keep the momentum rolling.

“We had a test Wednesday,” Ulrich said. “We got out on the ‘Lightning’ course, which is a different one from the ‘Thunderbolt’ course we’ll race on. We got a half-day in, working on electronics and chassis stuff. We learned a few things, which is good so we can move forward.” 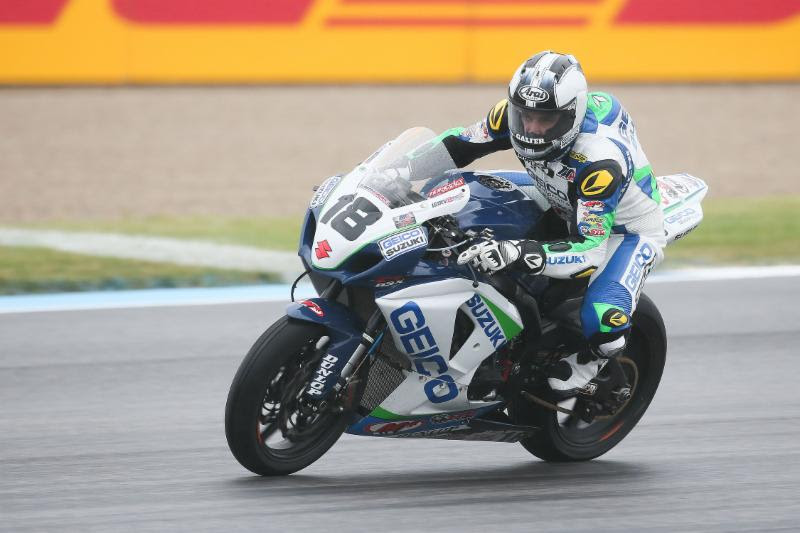 The Superbike/Superstock 1000 class will race on the 2.25-mile Thunderbolt Raceway layout at NJMP, a twisting course filled with right-hand turns.

“It’s cool,” Ulrich said. “It’s got a real fast last turn and a nice flow to it. It has a fast set of esses that turns down to the front straightaway. It has a lot of right-hand turns, and you have to spin the rear tire quite a bit. It’s a fun, little track with a nice flow to it, and I really enjoy coming back here.”

But the track can be difficult on riders, too, so Ulrich is prepared for a grind in the two 25-lap races slated for Sunday.

“It’s demanding, too,” Ulrich said. “You look at the course and think, ‘Not too many flip-flops,’ but you’re holding the right side of the bike up so much during the lap it’s definitely hard on the right side.”

Practice begins with two sessions Friday, with one slated for Saturday at 10:40 a.m. ET before Superpole 1 and Superpole 2 qualifying Saturday afternoon.