Team Hammer, Inc. accepts and supports MotoAmerica’s decision to penalize Pat Kelly, the father of Team Hammer contracted rider Sean Dylan Kelly, for throwing a partially-filled, 16-ounce plastic water bottle at rider Hayden Gillim following Supersport Race Two at New Jersey Motorsports Park (NJMP). There is no excuse for anybody hitting a rider with anything, including a plastic water bottle, and bad behavior and actions at the track should have consequences.

Pat Kelly has no official duties with the team and is not a crew member, but the team requested that he be issued a season credential as a courtesy to rider Sean Dylan Kelly. Because Team Hammer requested the credential, the team was named in the notification that Pat Kelly has been banned from the next six MotoAmerica race events, including the 2019 season finale at Barber Motorsports Park on September 20-22. The team officially apologized to Hayden Gillim on September 9th for the bottle-throwing incident and regrets that it happened. 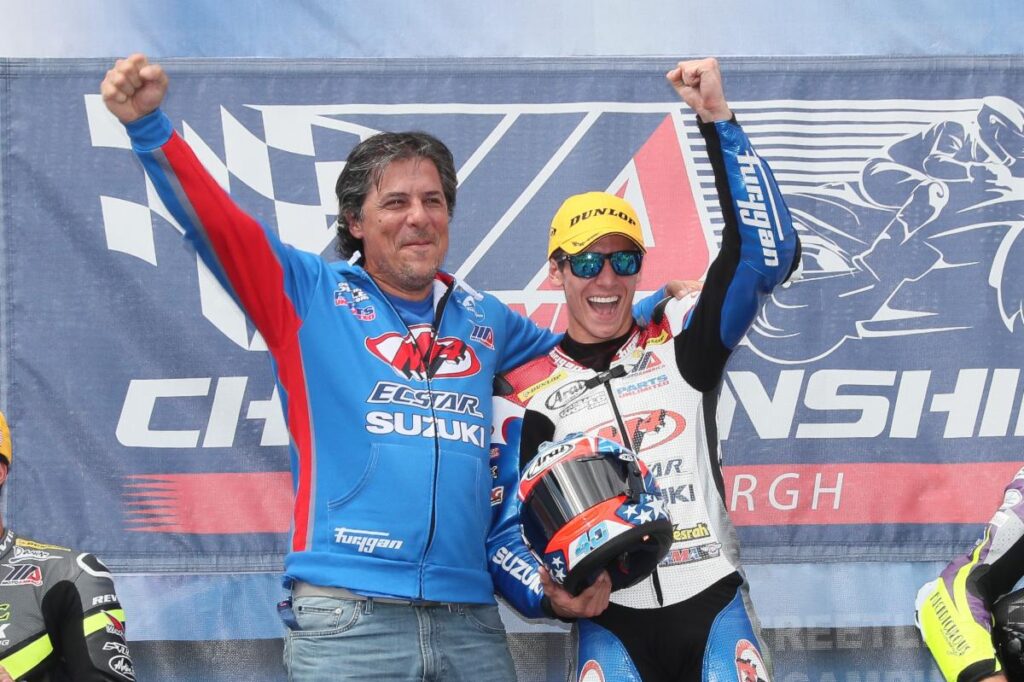