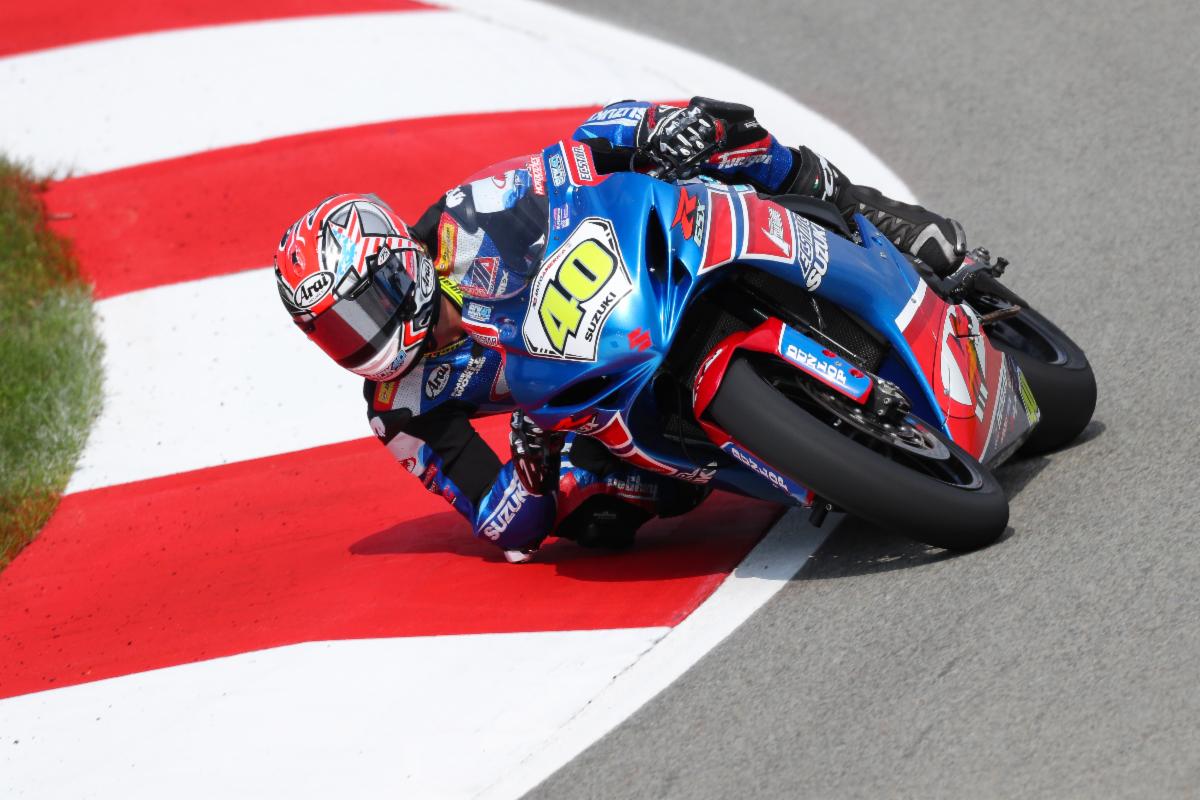 And like at Road Atlanta, it was the team’s two 18-year-old prodigies who registered the weekend’s highlight performances for the squad.

Kelly said, “In today’s race, I knew where he wanted to pass me because I could hear him there every lap. I tried to block it but went a little wide and he got me on the switchback. He then tried blocking me in the last corner, but he went a little wide, so I said, ‘Okay, perfect.’

“We’re here to fight for the win, and I gave it my 100% in both races but it just wasn’t enough. Everyone with M4 ECSTAR Suzuki is pushing their hardest. I wish I could have given them another win this weekend, but it wasn’t to be.

“Overall, I’m happy because I gave it all I had, but I’ll admit it was a struggle because we really want to win — that’s our goal — and we just didn’t have enough to do it. It’s not easy fighting a displacement disadvantage but we’re going to keep on working and we’ll come back at Washington and do what we can. I’m looking forward to getting to an even more technical track and we’ll look to bring home a couple wins.” 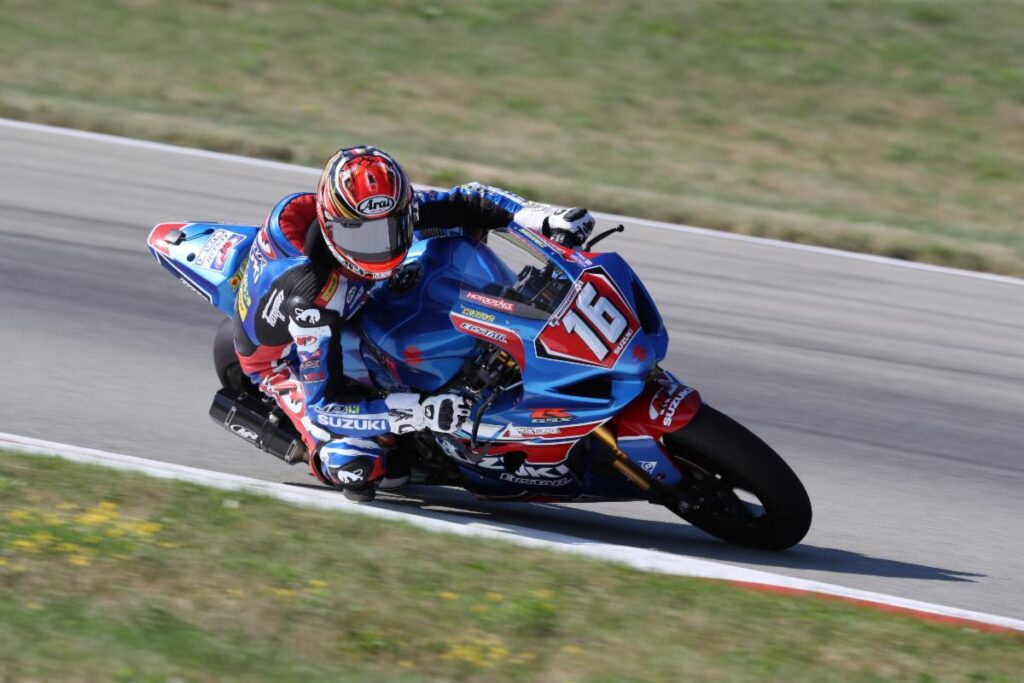 Alex Dumas (16) fought for the in Stock1000 Race 1 and made his Superbike debut at Pittsburgh International Race Complex.

Fellow teenage sensation Alex Dumas extended his meteoric rise with his best showing yet since throwing a leg over the fire-breathing M4 ECSTAR Suzuki GSX-R1000 in the Stock 1000 class.

While Dumas was expected to take some time coming to grips with a literbike after coming off back-to-back national titles in the MotoAmerica Junior Cup and Twins Cup classes, the French Canadian was fast from the start and only continues to get faster as he gains experience.

After improving from seventh to fourth to third to second in his first four races in the class, Dumas very nearly finished off the run with a win on Saturday. He slashed up from fifth to first only to narrowly lose out on the win on the final lap and ‘settle’ for another second.

“I gave it everything I had but just came up short on the last lap. I was pretty fast coming out of Turn 14 and coming onto the back straightaway, but I almost highsided. After that there was nothing I could do.”

Dumas followed that up with a fourth in Sunday’s Stock 1000 race before making his MotoAmerica Superbike debut later in the afternoon. There he proved to be a quick learner as well, picking up a top-ten finish with a ninth in his maiden premier-class attempt despite running a considerably more stock-spec machine than the established class’ frontrunners. 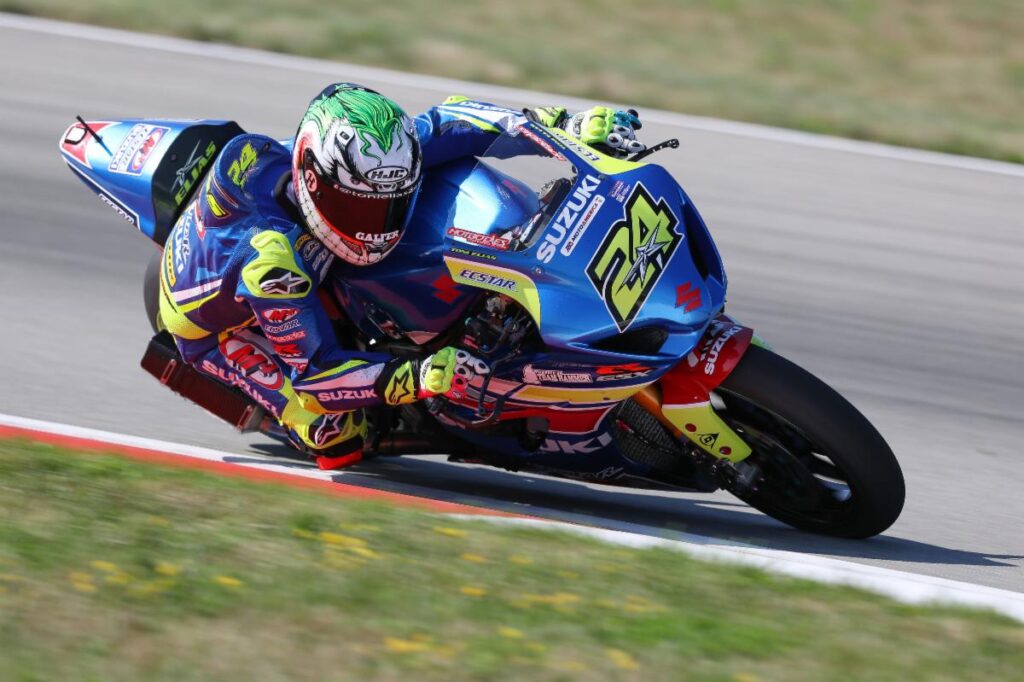 Toni Elias (24) delivered a pair of top-five Superbike finishes in Pittsburgh on his GSX-R1000.

The team’s decorated Superbike regulars had a more difficult weekend. Road America race winner Bobby Fong battled for second in Saturday’s main event before a crash took him out of contention at mid-distance.

Unfortunately, the Californian injured his left thumb in the fall. While he made a brave attempt to collect some points on Sunday, he was ultimately forced to retire from the race due to the pain and lack of grip strength.

2017 MotoAmerica Superbike champion Toni Elias scored a pair of top-five finishes on the weekend. The Spaniard took over fifth on the final lap of Saturday’s race and backed that up with another fifth on Sunday, taking the checkered flag on his M4 ECSTAR Suzuki GSX-R1000 with a podium finish less than two seconds up the road. 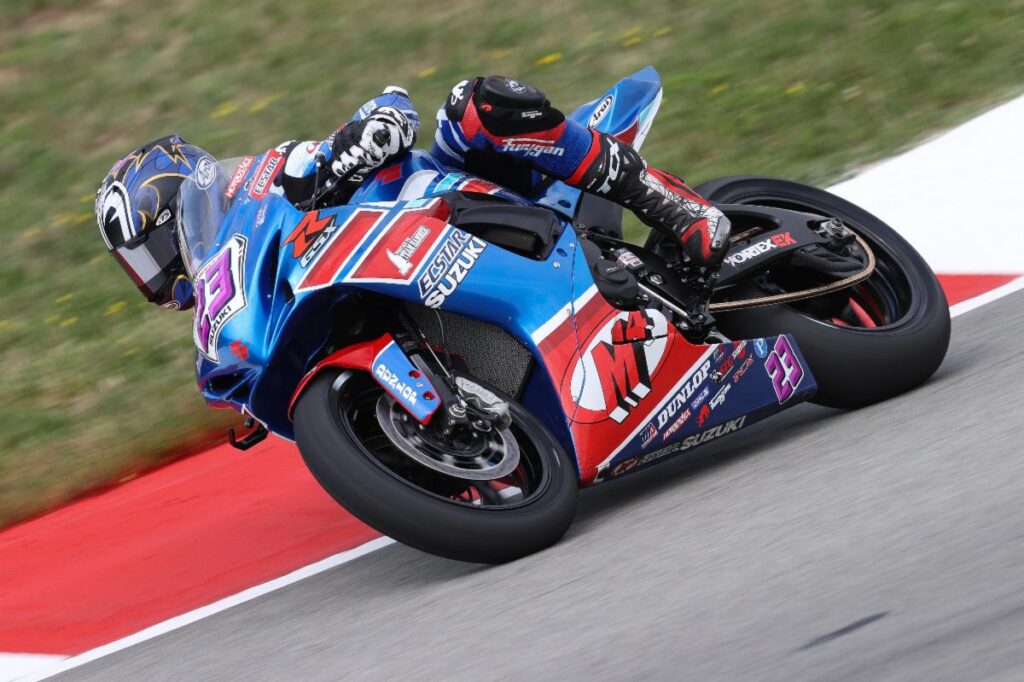 Finally, Lucas Silva extended his perfect season’s run of top-ten finishes in MotoAmerica Supersport competition. The young racer notched up his third consecutive sixth-place finish on Saturday and then backed that up with a strong seventh on Sunday.

The team will return to action on August 28-30 when the ’20 season resumes at Ridge Motorsports Park in Shelton, Washington.