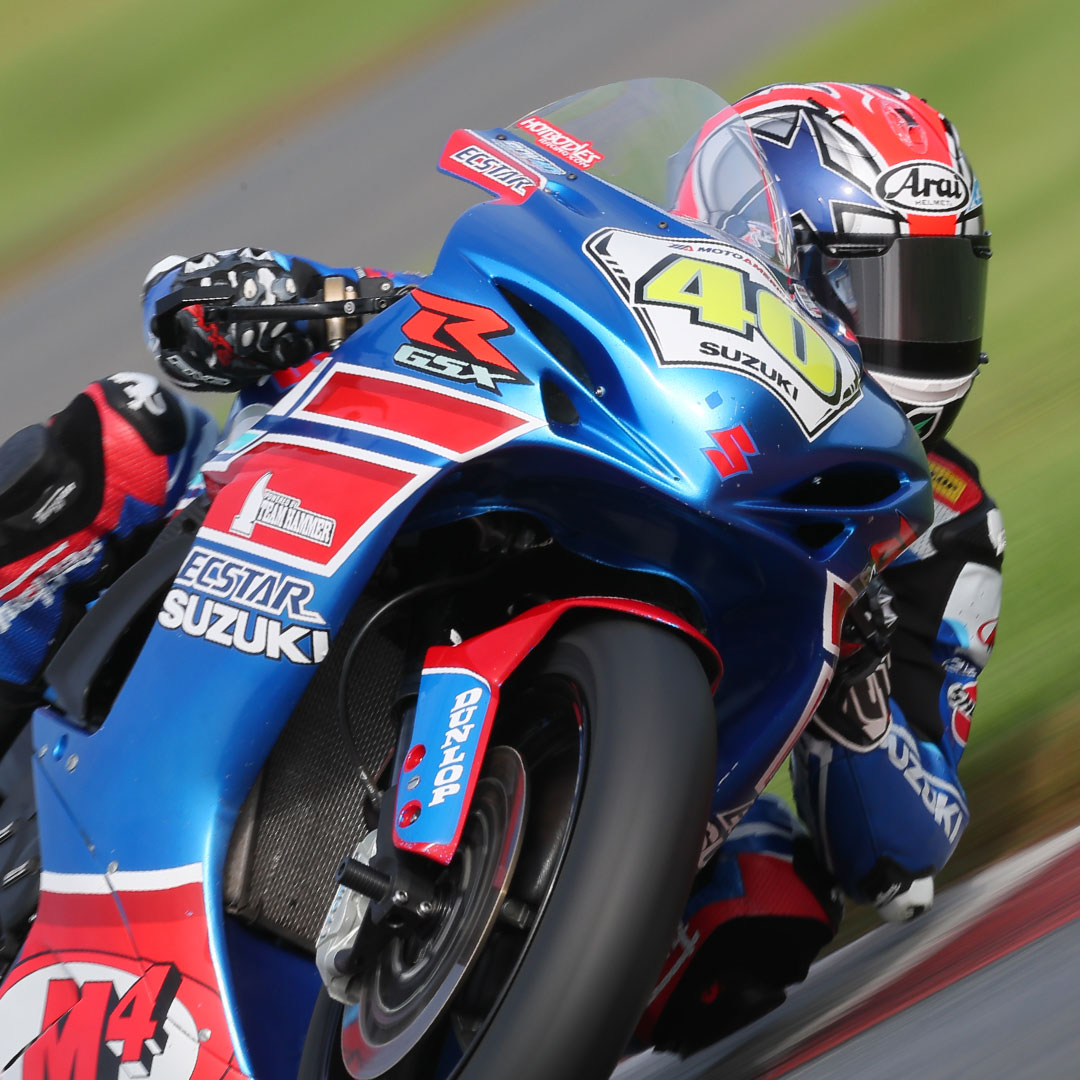 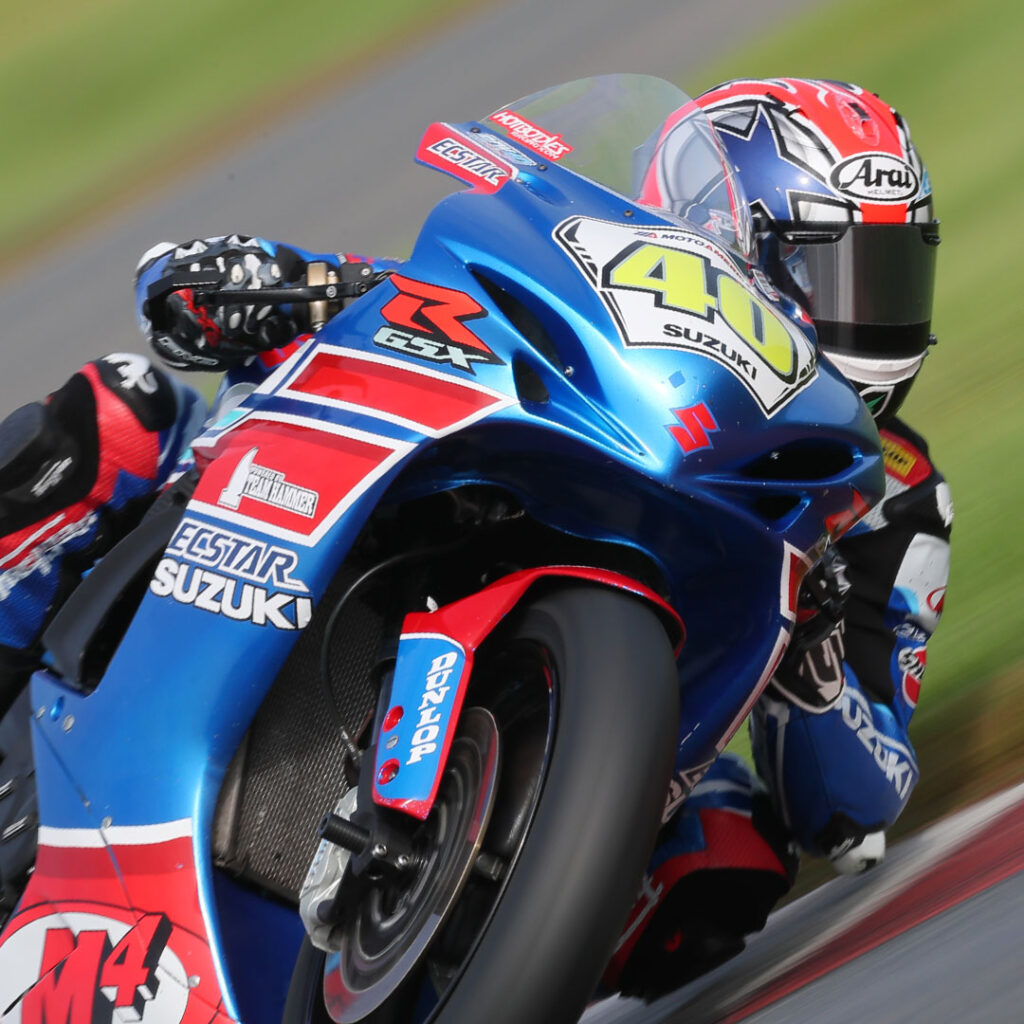 After salvaging third place on Saturday despite being hindered by a technical issue, ‘SDK’ was motivated to demonstrate his full potential in Sunday’s rematch. The Floridian did exactly that, showcasing a full complement of eye-opening overtaking maneuvers and defensive tactics on his nimble GSX-R600, winning out in a three-rider dogfight for the victory by a scant 0.011 seconds at the checkered flag.

Sunday’s triumph marked Kelly’s 11th consecutive podium — all but Saturday’s third being either a win or runner-up result.

He said, “First of all, I have to give it up to my whole M4 ECSTAR Suzuki team. We had a little bit of an issue with the bike yesterday so we weren’t able to fight the way we wanted to. But we did our homework, and my guys really made it happen. We made a big step and the bike was amazing today. It just shows that even after a tough Saturday, we can come back strong on Sunday. 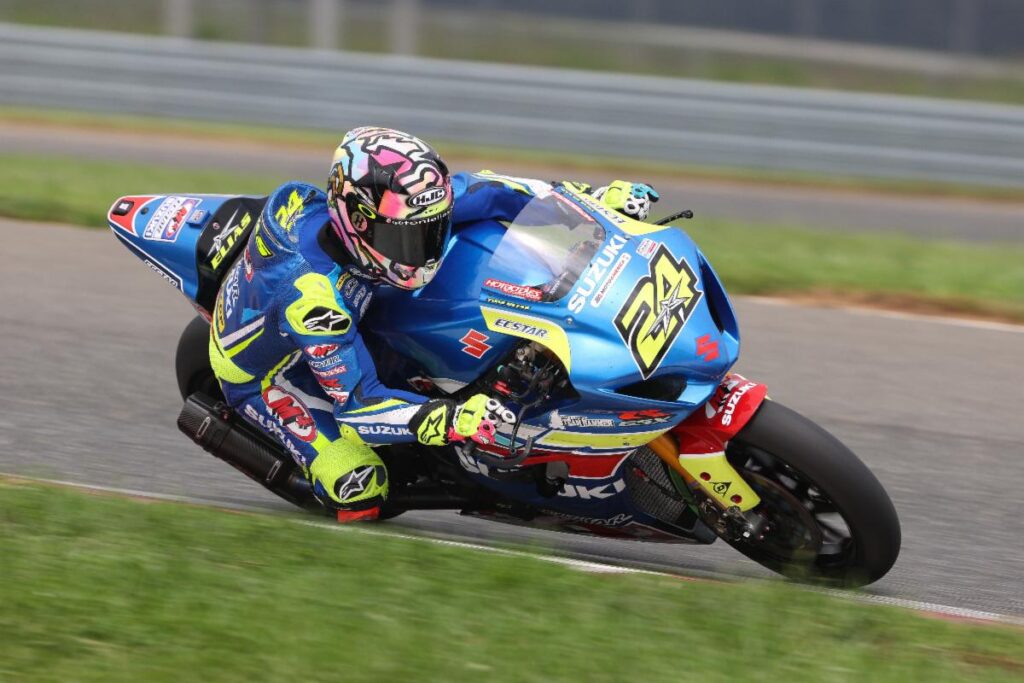 It was also an important weekend for 2017 MotoAmerica Superbike champion Toni Elias in premier-class duty. Elias finally broke through to secure his first podium of the ’20 season as he and his M4 ECSTAR Suzuki crew at last reaped the rewards for their tireless efforts to improve the connection between the talented Spaniard and his fire-breathing GSX-R1000.

“It feels great to get back on the podium,” Elias said. “We still have a lot of work to do, but this is the first step. Thanks to my team for all the support. Let’s continue like this and, sooner or later, we will arrive back on the top step of the podium.”

Elias and teammate Bobby Fong scored double top-five finishes on the weekend; Fong ran fifth on Saturday and fourth on Sunday while Elias completed his weekend with a ride to fifth. 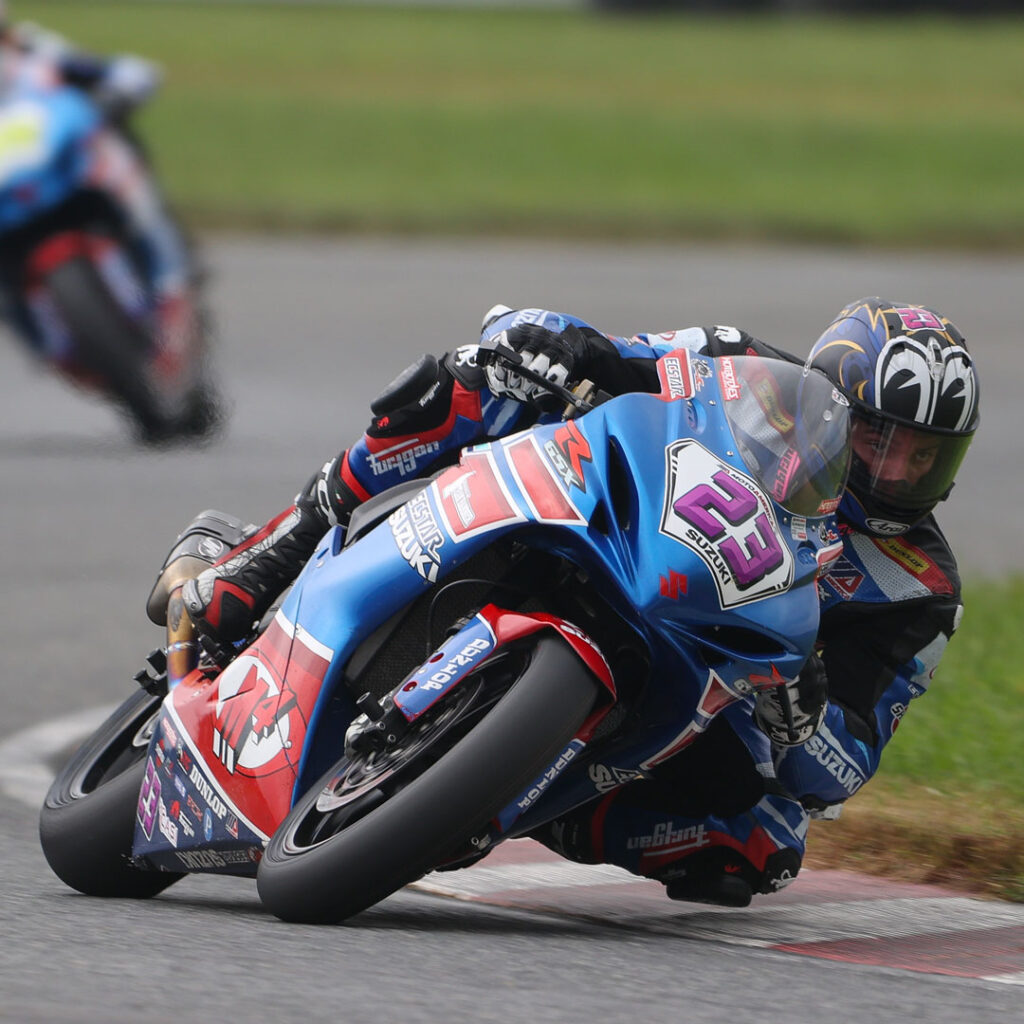 Also, M4 ECSTAR Suzuki’s Lucas Silva put together another consistent weekend, which has proven to be his trademark in 2020. After picking up his first-career podium last time out at the Ridge Motorsports Park, the fast teenager Silva notched up a pair of seventh-place finishes in New Jersey, keeping his perfect season record of top tens intact.

Team Hammer will have only a moment to catch their breath as the 2020 MotoAmerica season resumes next weekend at Barber Motorsports Park in Birmingham, Alabama, on September 18-20.