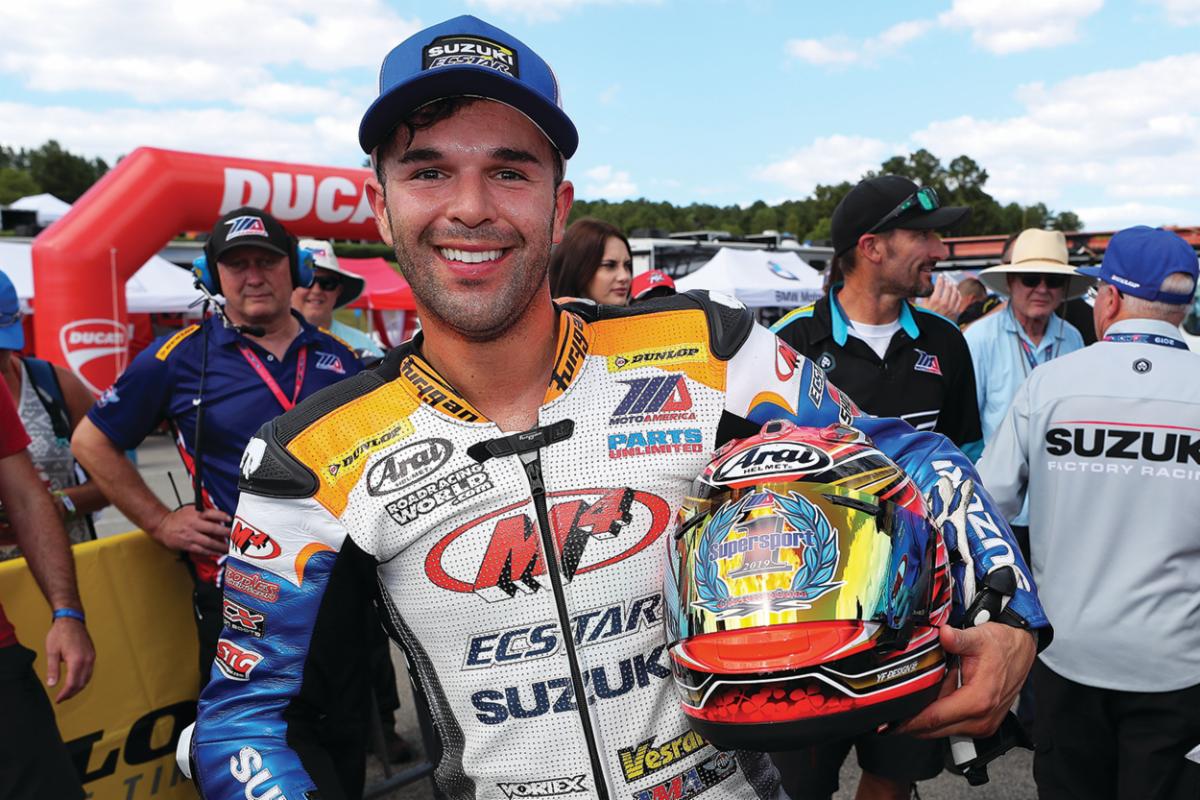 Fong earned the promotion to Superbike duty with his breakout 2019 season, in which he locked up the Supersport crown a round early via an epic campaign that included winning six times and finishing second 14 times.

Recognized as one of the most gifted, thrilling, and outright fastest racers in the MotoAmerica series, the Californian further rounded out his game with improved consistency and racecraft and was well rewarded for his efforts.

Fong has previously proven to be adaptable, claiming dozens of AMA Pro and MotoAmerica podiums across several classes, including Superbike. In order to take maximum advantage of the opportunity before him, Fong will again work closely with four-time AMA Superbike Champion Josh Hayes as his riding coach.

“First off, I couldn’t be more excited for a second year with Team Hammer,” said Fong. “To be with Suzuki is awesome, as well. I’m glad to be back in Superbike again, and we all know how competitive the Suzuki GSX-R has been.

“I’m looking forward to the new challenge of racing a top-level Superbike with a good electronics package, but I also get to work with the same crew that helped me win the championship last year. Josh Hayes will also return as my riding coach. He helped me a lot last season, on and off the track, and helped me mentally approach winning a championship with some good ideas.
“Our competition will be tough, and my teammate Toni Elias is excellent. But my job is to get the #1 plate back for Suzuki. We know we have some adjustments to make but my goal is stay in the hunt early and build momentum as the season goes on. It won’t be easy, but we expect to do well and we know the bike is competitive.”