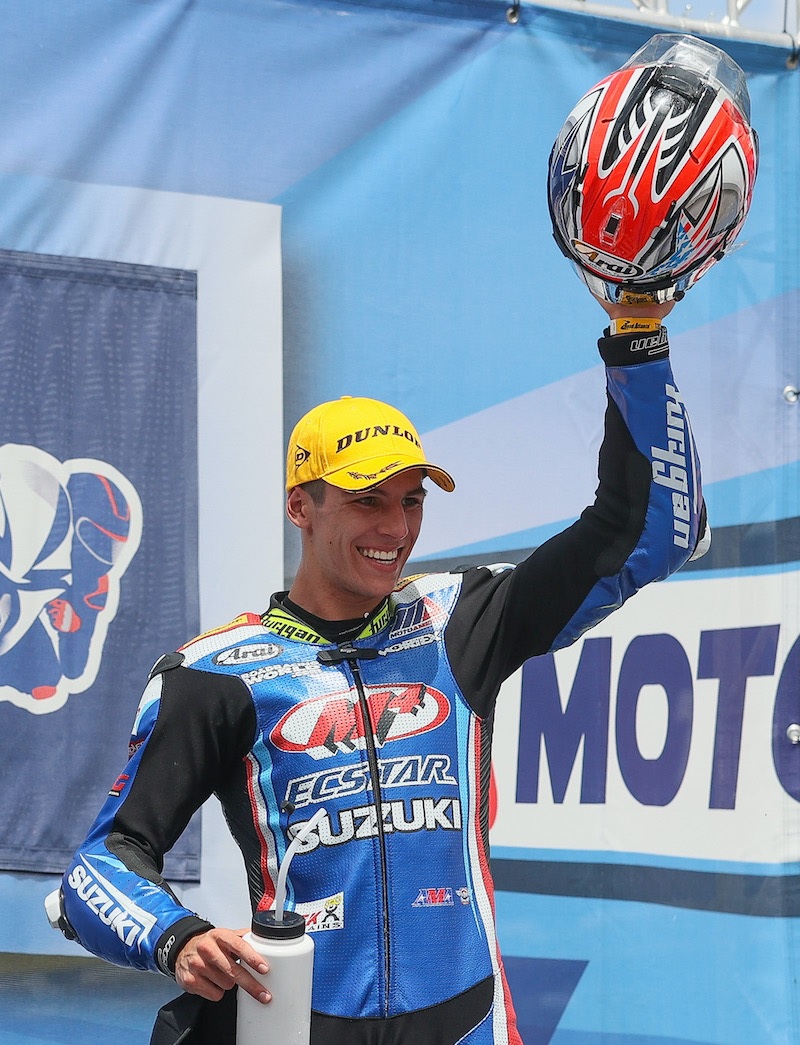 Once again, Suzuki Motor of America, Inc. and M4 ECSTAR Suzuki reaffirmed their status as paddock powers up and down the class order as the MotoAmerica AMA/FIM North American Road Racing championship completed Round 3 of the 2020 season this weekend at Road Atlanta in Braselton, Georgia. Sean Dylan Kelly’s last lap, last corner pass for victory highlighted the event.

Sean Dylan Kelly registered the highlight of the weekend, storming to victory in Saturday’s MotoAmerica Supersport contest with an astonishing final corner maneuver to steal away the checkered flag.

Kelly’s downhill pass showed both his skill and the never-give-up style that has earned him his status as one of the top young American racers.

‘SDK’ came back on Sunday and again exploited his superiority on the brakes to secure a runner-up finish to go along with his Saturday win. As a result, the 18-year-old phenom has now guided his M4 ECSTAR Suzuki GSX-R600 to five consecutive first- or second-place finishes.

“We definitely made a good step up this weekend,” Kelly said. “We’re going in the right direction overall, and we got our first win of the season this weekend. We still have things to work on, but we’ve just got to keep fighting like this. I need to give a huge thank you to the whole M4 ECSTAR Suzuki team for all their hard work.” 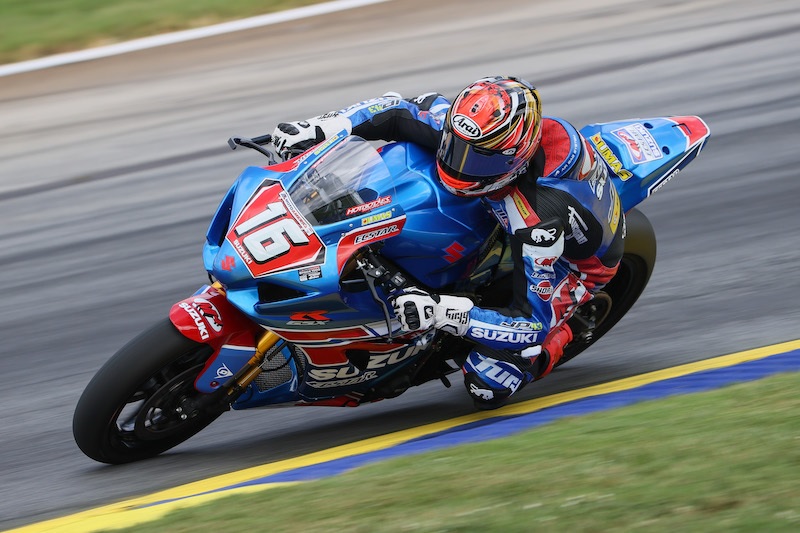 Alex Dumas secured his best results of the season in the Stock 1000 class at Road Atlanta.

The team’s other supremely talented 18-year-old, Alex Dumas, enjoyed a breakthrough weekend of his own. The 2018 Junior Cup and 2019 Twins Cup champion has instantly proven himself a legitimate contender on a big-bore racebike in 2020. The French Canadian’s continual improvement has seen him go from a seventh-place finish in his Stock 1000 debut, to a fourth in the follow-up, to a maiden podium finish with Saturday’s third, and finally a runner-up finish on Sunday in his latest and most convincing statement performance to date.

Dumas, who led the opening three laps on Sunday and finished just 1.166 seconds short of victory on Sunday, said, “I had a really good start. By the end I had a little bit of brake fade, and I know everybody suffers from it around here. It was playing with my mind a little bit, so I just focused on doing some good laps to finish strong.

“We had a really good weekend and keep getting closer to the win. I’m really looking forward to next weekend.” 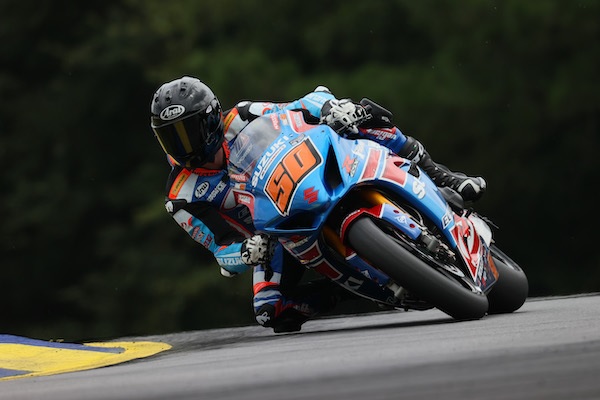 Bobby Fong (#50) finished just off the podium in Sunday’s Superbike race in Atlanta.

M4 ECSTAR Suzuki’s Superbike squad scooped a pair of top fives in both premier-class races at Road Atlanta, with Elias finishing fourth to Fong’s fifth on Saturday and the two trading positions a day later.

Fong arguably ‘enjoyed’ the more memorable weekend of the two. The reigning MotoAmerica Supersport champion came into the weekend riding high after claiming his maiden Superbike win in the previous round. However, his hopes of repeating that feat took a huge hit when he crashed at high speed in Saturday morning’s free practice.

Despite very much feeling the effects of that fall throughout the weekend, Fong gritted out fifth on Saturday and even challenged for the podium throughout Sunday’s rematch before accepting a hard-earned fourth. 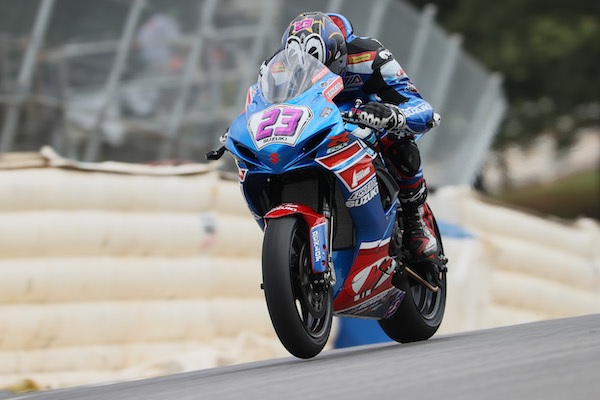 LucasSilva (#23) notched a pair of sixth place finishes in Atlanta.

The 2020 MotoAmerica series will resume next weekend at Pittsburgh International Race Complex at Wampum, Pennsylvania, on August 7-9.