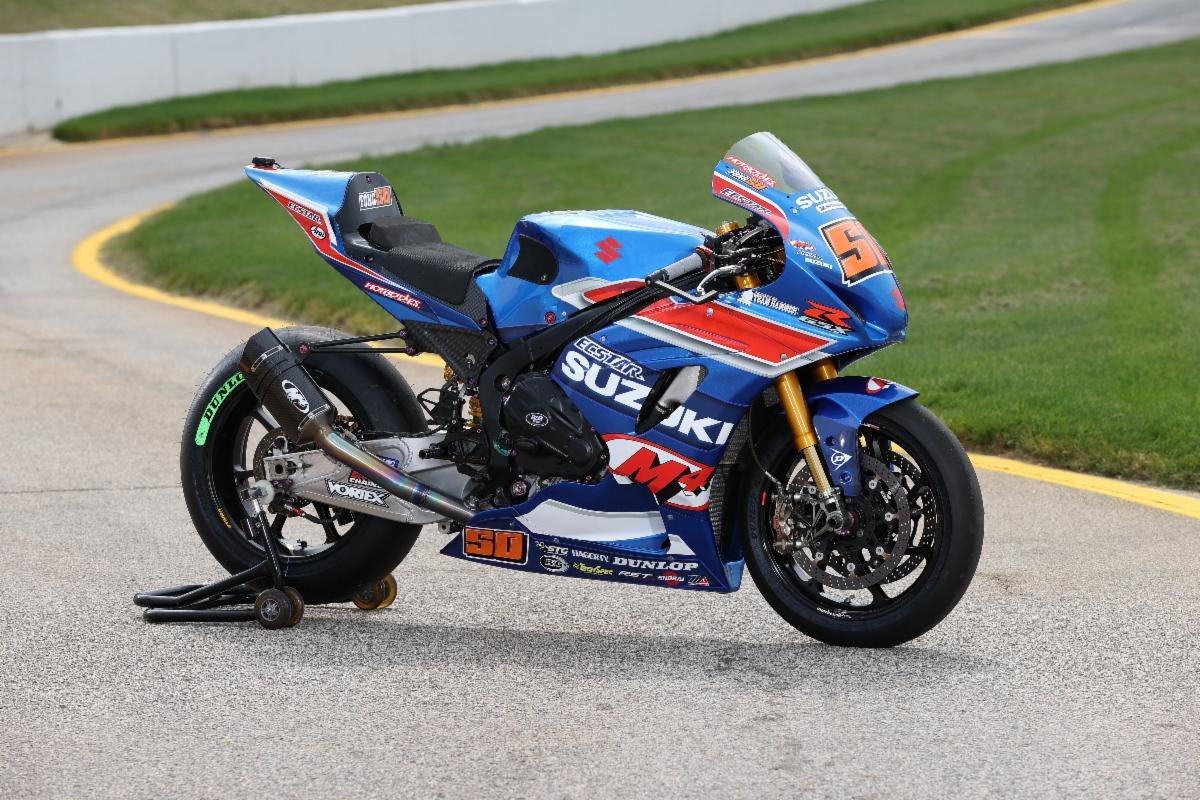 Team Hammer Technical Director Keith Perry said, “We rely on quality products from our partners to limit damage during crashes and keep our riders in the race. R&G’s high quality products are MotoAmerica homologated and also fit well, which is a big help when working on the bike.”

“R&G has been an Official Partner of the MotoAmerica championship for several years now and has a long history of sponsoring race teams around the world; particularly in our homeland of England,” said R&G Managing Director Simon Hughes. “We are absolutely thrilled to be sponsoring M4 ECSTAR Suzuki this year, taking care of all their protection needs, and we can’t wait for the season to start!”

While based in England, R&G’s products are distributed in North America by Twisted Throttle and are available through leading retailers.

R&G products are on the M4 ECSTAR Suzuki racebikes for this weekend’s MotoAmerica season opener at Road Atlanta April 30-May 2.

R&G is the world’s number one manufacturer of motorcycle crash protection and the only such one to be awarded insurance approval.

Formed in 1999 with the express intention of designing, manufacturing and distributing quality crash protection for motorcycles, R&G now offers nearly 5,000 SKUs for hundreds of bikes.

R&G’s products have won numerous awards from a variety of trade and consumer motorcycle press and they are used to protect and enhance the machines of many teams and riders in the British Superbike and club racing paddocks. The Company invests heavily in the motorcycle industry every year and 2021 is the seventh consecutive season R&G will be the ‘Official Crash Protection Supplier’ to the British Superbike Championship; with a dedicated support service attending each round. Also entering its seventh year is the R&G Rookies’ Trophy, which helps to promote young and up-and-coming riders in the BSB paddock..

R&G is also continuing to offer all ACU, SACU and MCUI motorcycle race licence holders 10% discount on its products

The Company employs 50 people, plus field-based agents, and, due to the global growth of its business, constantly expands its purpose-built industrial units near Alton, Hampshire, England.