Sean Dylan Kelly opened the 2021 MotoAmerica season with a win in Supersport. 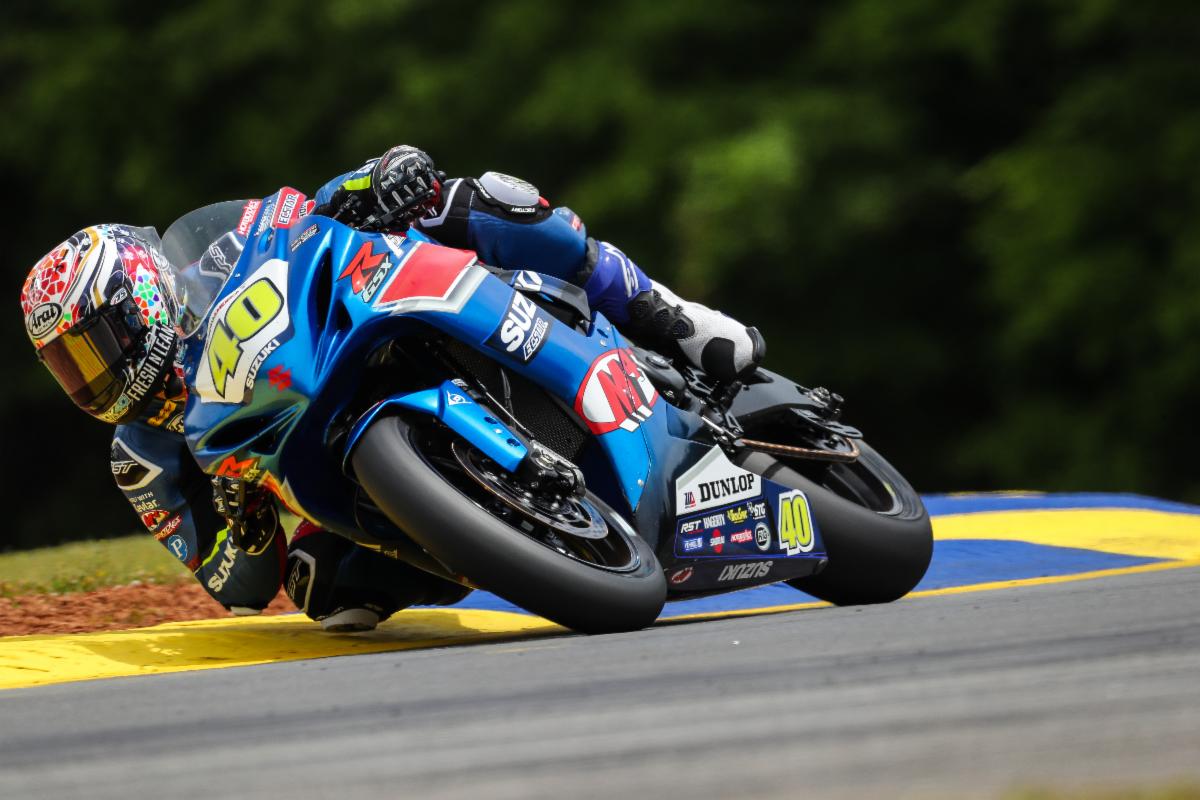 Team Hammer, racing as M4 ECSTAR Suzuki, came away victorious in its season-opening salvo at Road Atlanta, scoring a win, a runner-up, and four top-fives on the first race day of the 2021 MotoAmerica AMA/FIM North American Road Racing Championship.

The win came courtesy of M4 ECSTAR Suzuki’s Sean Dylan Kelly, who picked right up where he left off in 2020. The MotoAmerica Supersport title hopeful was in full haymaker mode in the race’s opening stages, starting from pole and trading the lead back and forth in a heated dogfight.

‘SDK’ then exploited a minor mistake on his rival’s part to open a small gap around half-distance and never provided him an opportunity to make up for it. Kelly fully broke the pursuit with a series of scorching late laps aboard his Suzuki GSX-R600, winning the race by 2.618 seconds.

“I think it was one of the best races of my career,” said Kelly. “I’m really pleased with how strong we have started the year. I’m happy with our package of the bike, the crew, and how I am riding and this is the beginning to our season we were hoping for. I’ve been focusing on being smart and being good at the end of the races, so I am really proud of this one. We need to keep our feet on the ground and keep improving but this was a good one today.”

Kelly was joined in the top five by team newcomer and fellow teenager Sam Lochoff. In his MotoAmerica Supersport debut, the South African fought his way up to third position after starting on the fourth row. From there, Lochoff engaged in a three-way battle for the podium to the checkered flag, ultimately earning an impressive fifth.

MotoAmerica Superbike teammates Bobby Fong and Cameron Petersen got M4 ECSTAR Suzuki off to a similarly strong start in the premier class. The GSX-R1000R-armed Fong clawed his way up from outside the top five to finish as the dramatic contest’s runner-up, with Petersen coming home two positions further down the order in fourth.

“We’re still getting the bike dialed in, but it was a good race out there,” Fong said. “We had some good race pace there at the end. We just had to settle for second today, but I’m looking for more tomorrow. I can’t give it up enough to my M4 ECSTAR Suzuki team; they’ve been busting their butts all weekend.”

Meanwhile, Wyatt Farris rounded out the day for M4 ECSTAR Suzuki with a 13th-place ride in the Stock 1000 opener. He said, “We’ve been a bit behind it this weekend. I got hurt right before the test in Texas and didn’t really get to do too many laps. And sometimes you have little gremlins that like to show their face on race weekends. We’ve been fighting through that, but I’ve really got to give it up to my guys. These guys haven’t stopped, sun up to sundown, trying to get me sorted. I’m not where I want to be. I expect more from myself and us as a program, so we’ll just keep our heads down and keep working.”

M4 ECSTAR Suzuki will be back in action on Sunday at Road America for another full slate of racing.