Kelly Contends In Pittsburgh, Earns Second In A Close Race 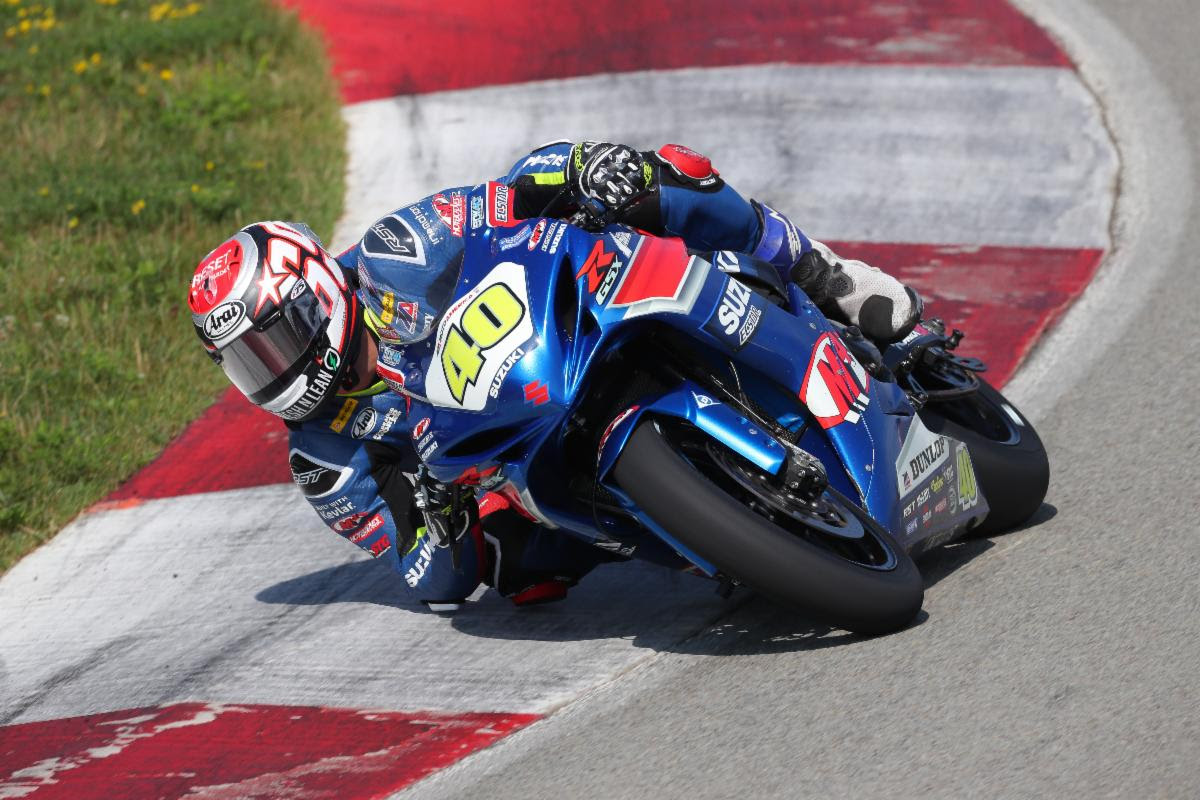 Kelly, who entered the weekend with a six-race win streak and opened the day’s race from pole, led from the start aboard his Suzuki GSX-R600 racebike. The Floridian held strong there until finally being overtaken by his rival with two and a half laps remaining.

‘SDK’ executed an immediate counter to reclaim the lead at the start of the penultimate lap but was ultimately displaced to second by 0.144 seconds at the checkered flag.

Now boasting nine wins and three seconds in 13 races, SDK said, “That was definitely a great race. We have to be happy to still be fighting like this in this stage of the championship. Honestly, it was a good race. I wasn’t able to see where he was stronger than me throughout the race, so I just tried to stay as close as I could. I tried to prepare a pass, but cut the curb a little too much and had a moment. I lost my chance to fight in the last few corners, but it’s okay. To be that close is super important.

“We have some homework to do. I know some things we can do to improve for tomorrow, both with the bike and with myself. Like always, we’re going to keep on working. I have to give another huge thank you to my M4 ECSTAR Suzuki team.”

Meanwhile, teammate Sam Lochoff found himself embroiled in a four-rider fight for the final spot on the Supersport podium. Starting from sixth, the South African quickly worked his way up to third, where he would stay until mid-distance.

Lochoff ran off at the chicane and was pushed down to sixth late but made a final-lap maneuver to secure a top-five result at the checkered flag.

MotoAmerica Superbike ace and fellow South African Cameron Petersen did one better than his countryman in the subsequent premier-class clash.

Petersen made an aggressive pass on his M4 ECSTAR Suzuki GSX-R1000R early in the race to sneak into third. After some jockeying, he finally arrived in fourth on lap 7, which is where he would remain until the end.

Teammate Bobby Fong made the best of a race day marred by some serious misfortune. Slated to line up alongside Petersen on the second row, Fong was forced to return to pitlane following the warm-up lap due to a malfunctioning aftermarket remote brake adjuster. After some quick adjustments by his crew, the Californian returned to the fray well back of the field.

Nevertheless, Fong not only used the race as an extended test session, he picked up some valuable points by gaining nearly 20 positions en route to an inspiring eighth-place performance.

Completing the race just behind Fong, Jake Lewis highlighted his recent form on the Team Hammer-built Altus Motorsports Suzuki GSX-R1000R by finishing first in the Superbike Cup, a designation for racers competing in the race with stock machinery. Lewis had separated from a pack that included M4 ECSTAR Suzuki’s Wyatt Farris (4th in Superbike Cup and 12th overall.)

The MotoAmerica Superbike and Supersport contenders will be back on track on Sunday. They’ll be joined by the Stock 1000 class, which also includes a similarly impressive Team Hammer presence. Title leader Jake Lewis will open the race aboard his from pole while M4 ECSTAR Suzuki’s Wyatt Farris will look to continue his strong recent form after qualifying seventh.