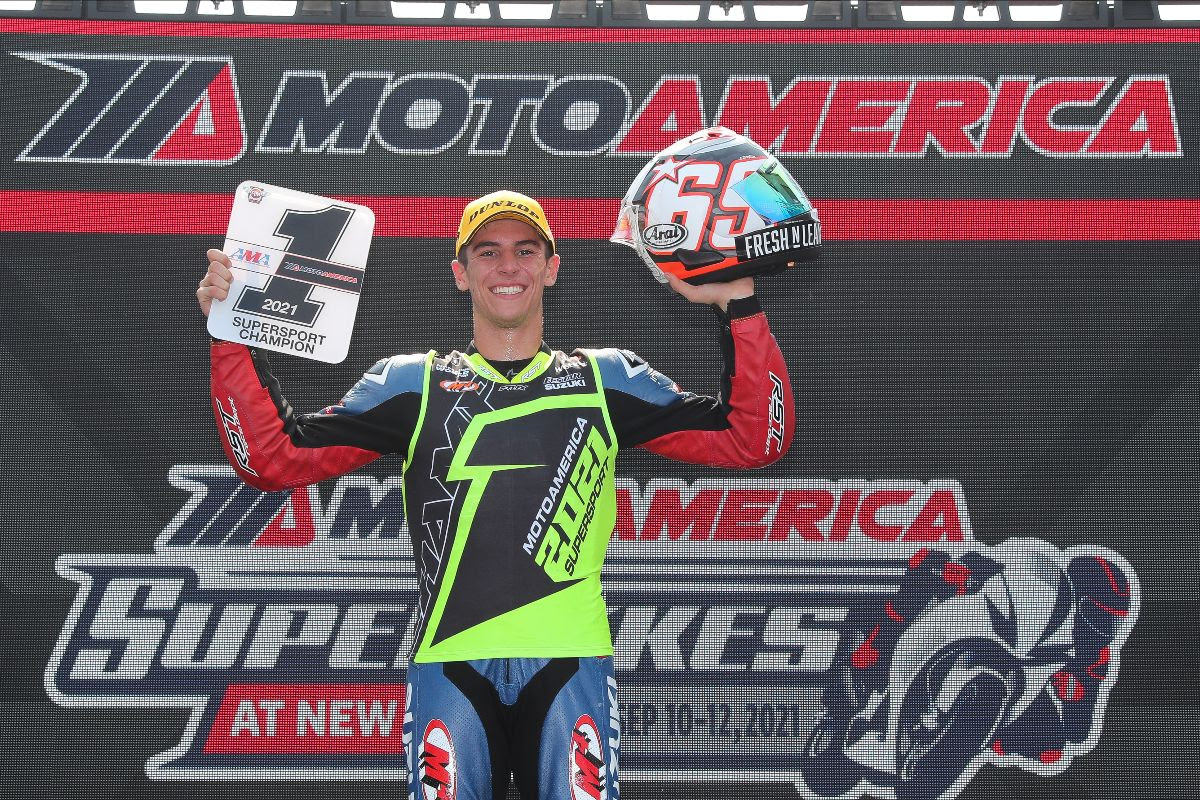 Sean Dylan Kelly finished second in Sunday’s Supersport race at NJMP, but it was earned him the 2021 MotoAmerica Supersport Championship. Photo by Brian J. Nelson

MILLVILLE, NJ (September 12, 2021) – Sean Dylan Kelly has been chasing a championship since he was five years old. On Sunday at New Jersey Motorsports Park, Kelly got what he’s been chasing with the 19-year-old wrapping up the 2021 MotoAmerica Supersport Championship.

Kelly didn’t win Sunday’s race, but he didn’t need to. Instead, victory went to his rookie M4 ECSTAR Suzuki. teammate Sam Lochoff with Kelly finishing second. That was all it took, and the title was his.

In Sunday’s Supersport race two, M4 ECSTAR Suzuki’s two-rider team took all the headlines for the 19-lap event as Sam Lochoff won his first-ever MotoAmerica race and Sean Dylan Kelly clinched the 2021 Supersport Championship with his second-place finish. HONOS HVMC Racing Kawasaki rider Richie Escalante finished third, but the defending champion did not surrender his class title without a fight in every race so far this season, including Sunday’s. There were lead changes aplenty throughout the entire race, and all three riders took turns at the front.

“This is a dream come true to get this championship,” Kelly said. “To now be crowned national champion is a dream. I’ve been working really hard for this. Not only me, but everyone around me. My family, ever since I started racing when I was five, they have given literally everything they had. They left everything behind in the U.S. They took me to Spain. They lived there with pennies. Everything for me, for this passion, for this dream. This is one of the first steps. It’s emotional. It’s something that I’ve been working really hard for. Last year, I really wanted to be the one to be crowned. I worked hard, but it clearly wasn’t enough. At one point I thought, ‘Man, this is going to be difficult. What’s my pathway?’ But, I didn’t stop believing. I kept on working. M4 ECSTAR Suzuki gave me another chance, another opportunity. (Team owners) John and Chris (Ulrich), I need to thank them from the bottom of my heart for giving me this opportunity for the past two years. I wouldn’t be where I am if it wasn’t for them. Thank you very much to them. Thank you to everyone that has been behind me, my parents, my family, my friends, my supporters…Like I said up there on the podium, this is only my first national championship, and I’m going to keep on going. I’m not going to stop. My next goal is to be world champion, wherever it needs to be.”

Commenting on his breakthrough Supersport win, Lochoff said, “It’s the second-to-last race of the season, but honestly that was our goal in the beginning of the year. Our goal was to try to get on the podium towards the end of the year, but when I saw that I was getting on the podium in the beginning of the year, I knew that maybe by this race or Barber I’d be able to win. Yesterday seeing that I was really close to the front for the majority of the laps, and only the last couple laps losing quite a bit to them, I knew today I just had to dig a little bit deeper, and it paid off. Honestly, it took everything out of me. I have a week now, or a couple days to get ready for Barber. We’re going to just relax, just get the body ready. I think, if we can get on the podium again or maybe win or come second, I think for next year I’ll have a good chance at maybe getting a championship.”

To purchase tickets for any of the 2021 series round, click HERE

For information on how to watch the 2021 MotoAmerica Series, click HERE 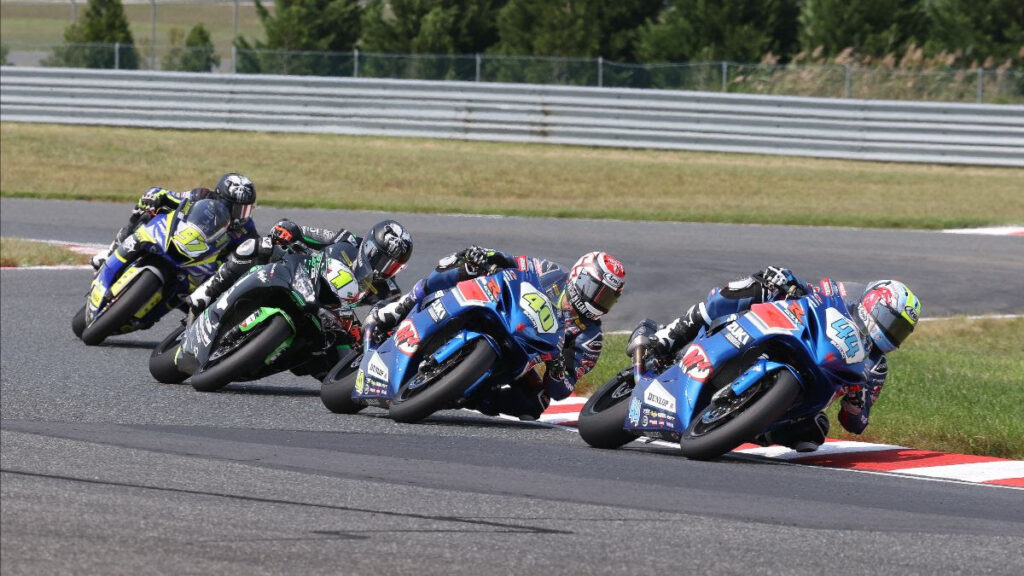