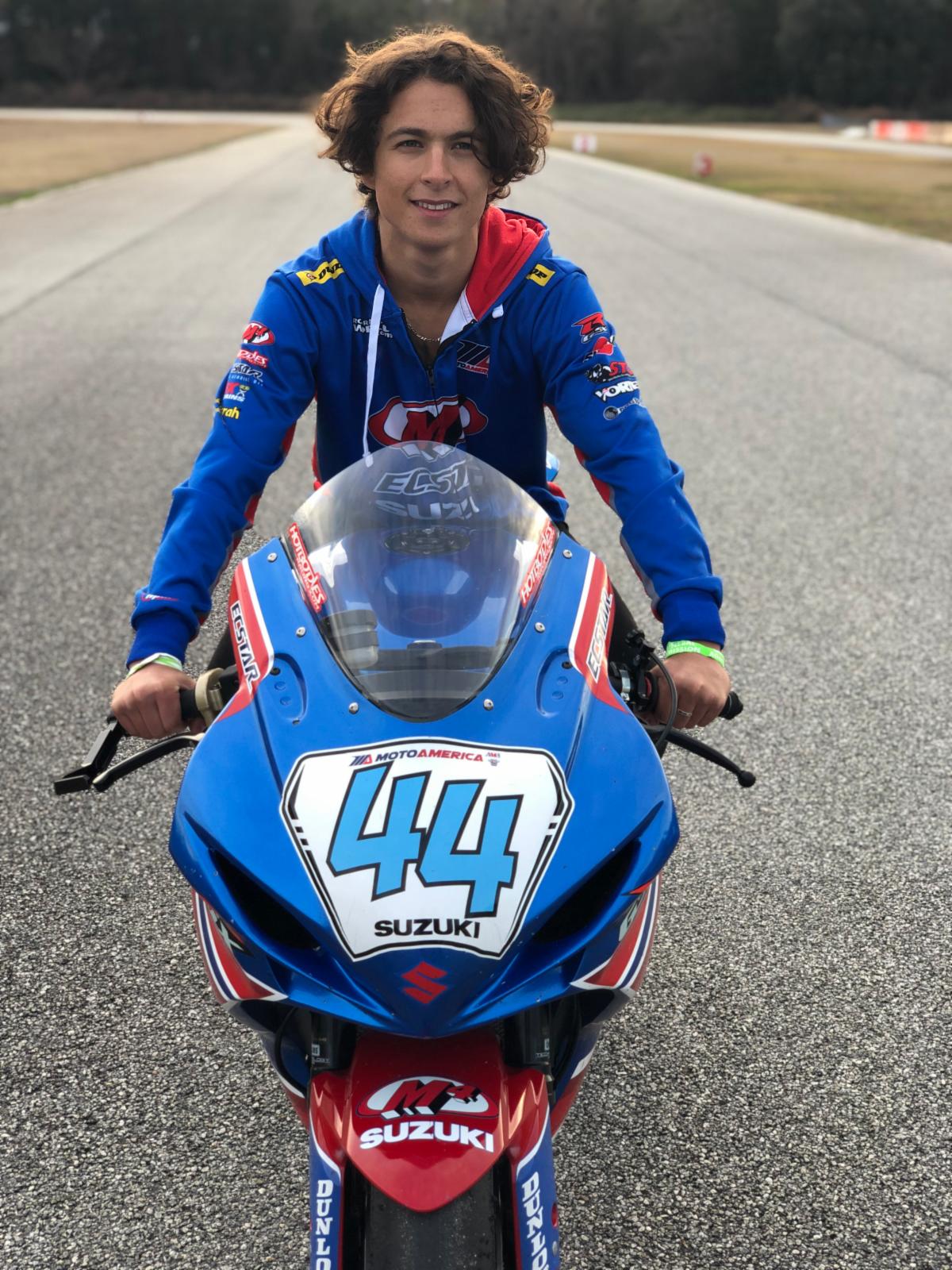 Lochoff turned heads by landing on the podium in his MotoAmerica debut in 2019, finishing third in the Junior Cup season-opener. Following an abbreviated rookie season in 2019, Lochoff made his presence felt in 2020, earning 13 podium finishes — including five runner-up finishes — en route to an overall third-place ranking in the 2020 Junior Cup standings.

His recent MotoAmerica achievements are just the latest in a string of accolades the teenager has packed into a very short time frame. His racing career kicked off less than five years back, the first year of which was dedicated primarily to four wheels. Once he switched his focus to motorcycle sport, the Cape Town native quickly racked up a pair of regional championships in his home country before graduating to the international scene.

In 2018, he stormed to the title in both the Alpe Adria International Motorcycle and FIM Supersport 300 European Championships, while getting his first taste of world championship competition in FIM World Supersport 300.

Looking ahead to 2021, Lochoff said, “I’ve always attempted to join the most professional and accomplished teams possible. I did a lot of research on the history of Team Hammer before signing this contract, and I’m convinced this is the best team I’ve ever been lucky enough to race for. I think this is going to be the year where I prove to myself that I can really make a career out of racing.”

Lochoff has dug deep to find speed. “Early last year, I found myself in the pack battling for fifth through 13th, 40 seconds behind the leader. After that, I said, ‘We can’t do this anymore — I have to find something.’ That’s when I really started training and focusing. After that I closed the gap down to 16 seconds, and then eight, and by the end of the year, I was battling for the win.”

Lochoff expects to continue his learning curve in 2021. “I don’t expect to come out and win straightaway in my first Supersport race. I plan to make the same kind of steady progress, and work my way into contention.”