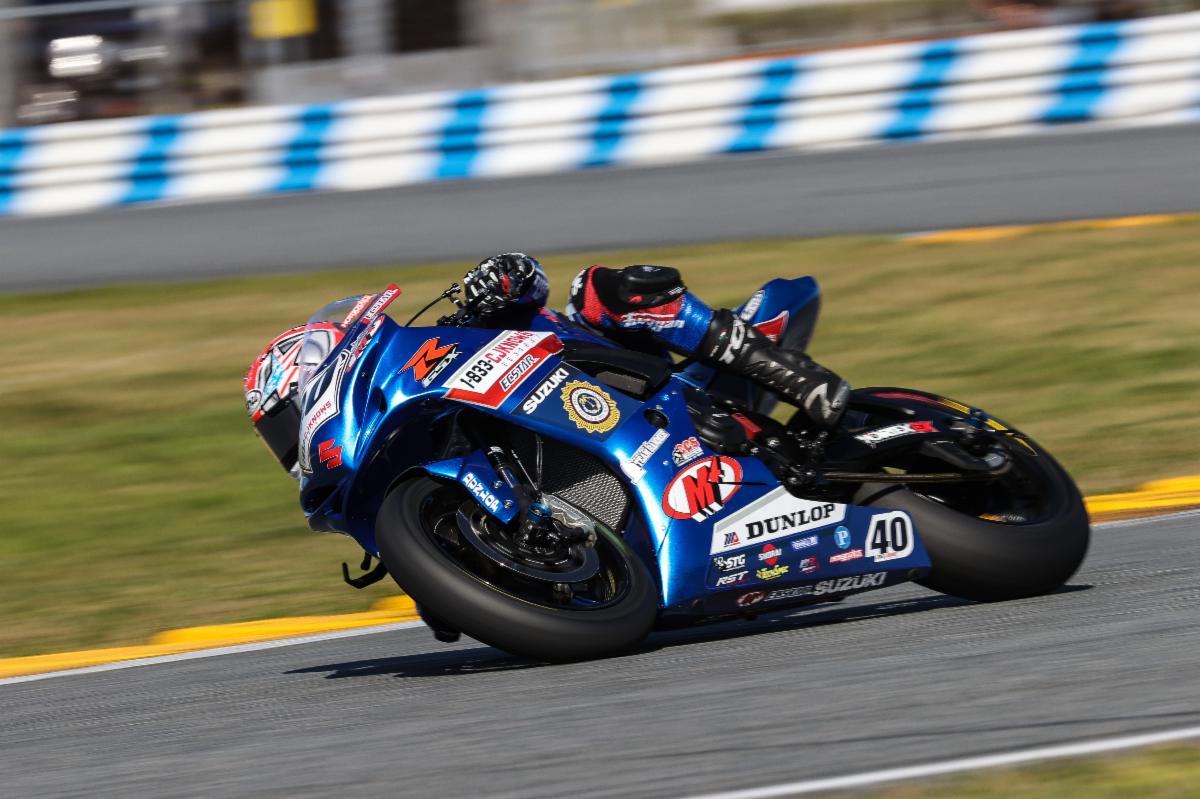 SDK ON POLE FOR THE DAYTONA 200 AGAIN

‘SDK’ — who became the youngest ever Daytona 200 polesitter as a 16-year-old in 2019 — notched up his second consecutive pole for the historic race with a blistering lap of 1:48.896 around the unique 3.51-mile combined banked oval/road course. That time was nearly four-tenths-of-a-second stronger than any other rider in the star-studded field could muster.

Kelly’s fastest lap honor came despite his concentrated focus on his race pace and preparation ahead of the grueling 57-laps that await him in Saturday’s 79th Daytona 200.

The Floridian is highly motivated to stand atop the podium after falling just 0.213-second short of the achievement as a rookie in 2019. Checking that box would also serve as the perfect springboard ahead of what he hopes will prove to be a great season in MotoAmerica Supersport competition.

“First of all, I’m super excited about getting pole for the Daytona 200 — that’s the second one for me,” Kelly said. “It’s been something special so far this weekend. I am happy with the lap time for pole position, but the team and I have just been working on getting the best bike possible for a long race and the quick lap just came out of that. We’re looking forward to the race for sure.”