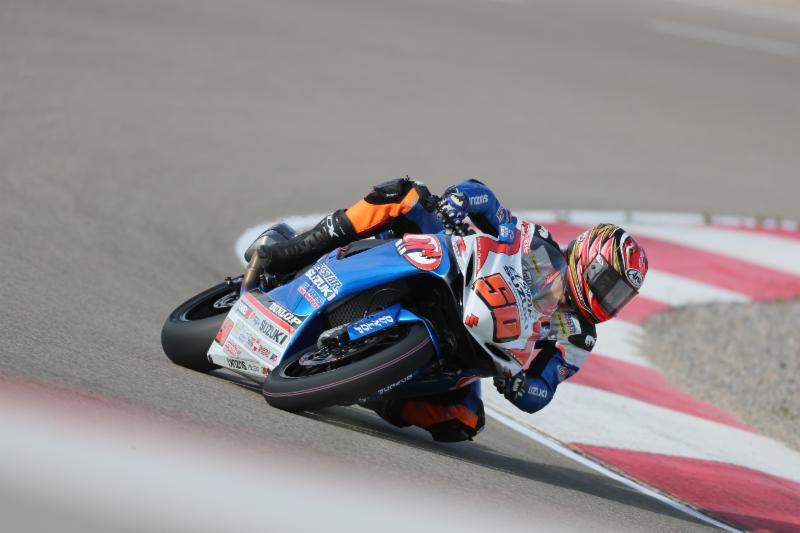 Team Hammer closed out the MotoAmerica weekend at Utah Motorsports Campus with a pair of spectacular victories on Sunday.

After finishing second in MotoAmerica Supersport on Saturday, M4 ECSTAR Suzuki’s Bobby Fong came through in a huge way in Sunday’s rematch. Again, Fong leapt out to the lead on the opening lap, only to be quickly pushed back into second. From that point forward, Fong hounded his leader, applying extreme pressure and constantly reminding his rival that he was there, showing him a wheel in corner after corner while planning a last-lap, last-corner move.

Even his crew thought Fong was destined to finish second again, because he hadn’t told anyone that he had a strategy before the race even started. But when the leader ran another defensive line into the final corner of the race, Fong set him up perfectly, got a great drive out of the corner, swung alongside and powered past on the short run to the finish line to win by 0.003-second.

An excited Fong said, “We have such good acceleration with the Suzuki GSX-R600, I knew if he ran tight in the last corner, I could get a drive on him. I had that in my mind the entire race and was sizing it up. I figured he would run a defensive line on the last lap, and I worked my strategy just right. I’m excited to get the M4 ECSTAR Suzuki on top of the box today. Kudos to my team–we got the ‘W’ today, and I’m looking forward to my home round at Laguna Seca coming up next.”

Young Sean Dylan Kelly appeared destined to make it another Supersport double rostrum result for Team Hammer, on another track he had never seen before the start of practice on Saturday. The teenager got away in third, clung on to the lead duo for several laps, and then ran alone in third for most of the race. Unfortunately, a heat-related issue slowed his bike and forced him to give up a pair of positions on the final lap-and-a-half. Kelly still managed to hold on to collect a top-five result at the stripe.

While Fong left his winning move for the last possible moment, Twins Cup contender Alex Dumas made an immediate bid for victory on his Roadracing World Young Guns Suzuki SV650. After qualifying on pole earlier in the day, Dumas powered off the grid in the lead and never looked back. By the finish of the 13-lap race, Dumas had built an impressive lead of more than 14 seconds on his way to scoring his first Twins Cup victory.

“I’m really happy how the race went,” said Dumas, the 2018 Junior Cup Champion who has moved up into the Twins Cup for 2019. “It’s incredible to win a Twins Cup race. We’re off to a good start in the season and hopefully the rest of the races go like this.”

Autovest Suzuki’s Joseph Blasius very nearly gave Team Hammer a double podium Twins Cup result. Blasius qualified third and then ran second early in the race, found himself dropped back to fifth, and then charged back into position to fight for the podium at the flag.

He made a bold attempt at third with just over a lap remaining, but encountered an errant lapped rider and couldn’t quite hold the position when he changed his line to make a pass, got on a sealer strip, and lost traction while accelerating, doing well to stay on board but allowing his rival to swoop back ahead. Blasius finished in fourth, less than a second off the podium.

Team M4 ECSTAR Suzuki’s Jake Lewis enjoyed another solid outing in Sunday’s MotoAmerica Superbike race. Lewis was embroiled in a fight for another top-five result when the race was red-flagged with 10 laps remaining. He got away from the restart in sixth to resume that battle, and maintained to finish sixth.

Team Hammer will next head to Monterey, California, on July 12-14 for the highly-anticipated combined WorldSBK/MotoAmerica Superbike weekend at Laguna Seca. 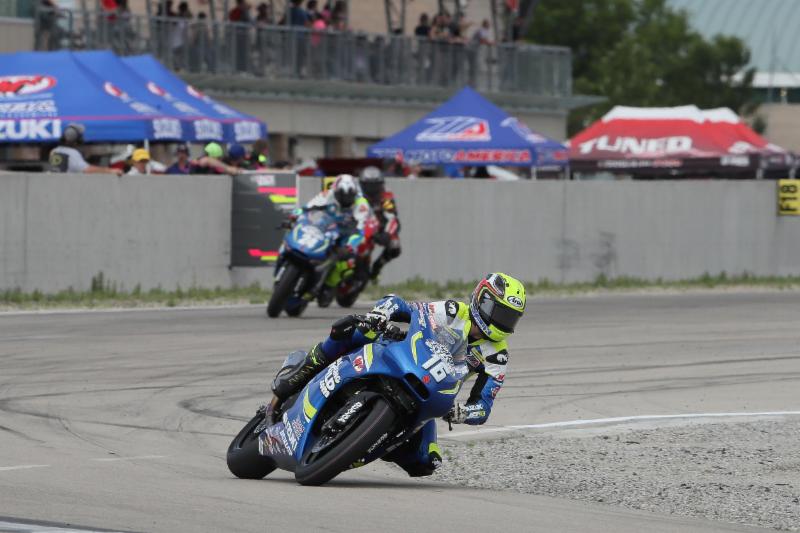