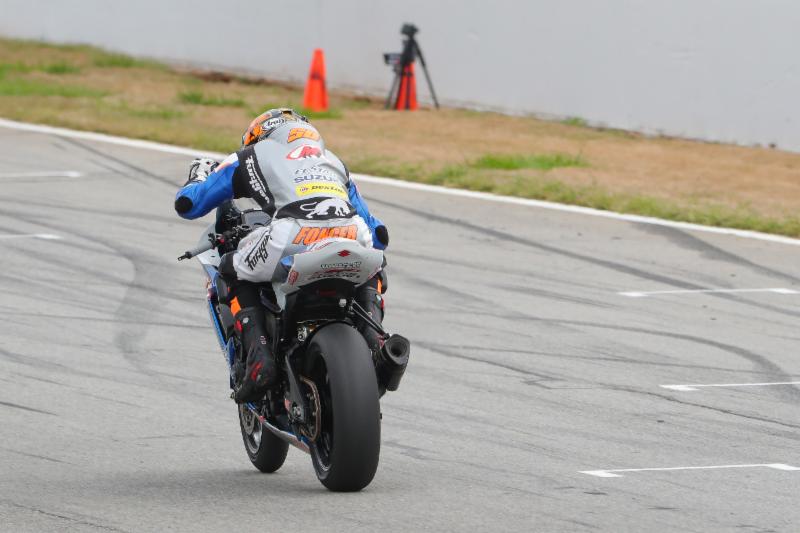 Starting from pole and eager for redemption, Fong proved unstoppable in the rematch. The 28-year-old Californian and his M4 ECSTAR Suzuki GSX-R600 were obviously the class of the field, leaping into the lead and building an immediate advantage.

A minor miscue brought back bad memories from Saturday’s race and saw Fong run off the track and momentarily drop to second. However, Fong regained both his pace and his composure and quickly reasserted himself at the front where he would stay until the checkered flag.

Fong ultimately took the win with a 2.373-second margin of victory. The triumph also handed him an early 14-point advantage in the MotoAmerica Supersport championship standings.

After the race, Fong said, “Honestly, my M4 ECSTAR Suzuki was by far the best bike out there, and we rode great. I can’t give it up to my team enough. We deserved this win, and my guys deserved this win. I can’t wait to do it again in Virginia in a few weeks’ time.”

Fong could have easily been joined by his young teammate, Sean Dylan Kelly, on the podium once again if not for a racing incident beyond Kelly’s control.

The 16-year-old established himself at the front of a five-rider battle for third, but was pushed wide and off-track as a result of a rival rider’s overzealous overtaking attempt.

Kelly survived his sideways ride through the gravel and returned to the fray several positions back. He was also forced to make one final evasive maneuver in the race’s final corner when another rider crashed in that same corner and came to a stop on the racing line.

Kelly successfully avoided the fallen rider and gained one additional position in the process, finishing the race in sixth position.

M4 ECSTAR Suzuki’s Jake Lewis had a less dramatic ride in Sunday’s Superbike contest. Lewis opened the race from the outside of Row 2 after qualifying sixth.

He then proceeded to register a strong and steady ride aboard his Superbike-spec Suzuki GSX-R1000 to finish in that exact same position at the conclusion of the 21-lap race.

Premier-class pilot Lewis will be back in action next weekend as the MotoAmerica Superbike field joins the superstars of the MotoGP World Championship at the Circuit of the Americas, in Austin, Texas, from April 12-14.

The remainder of Team Hammer will rejoin Lewis when the full MotoAmerica tour heads to Virginia International Raceway on May 4-5. 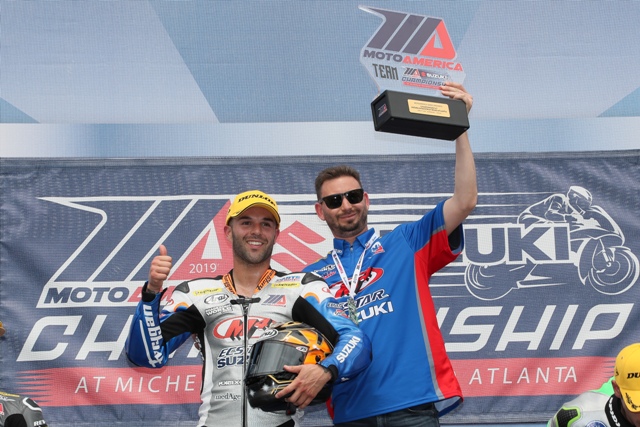