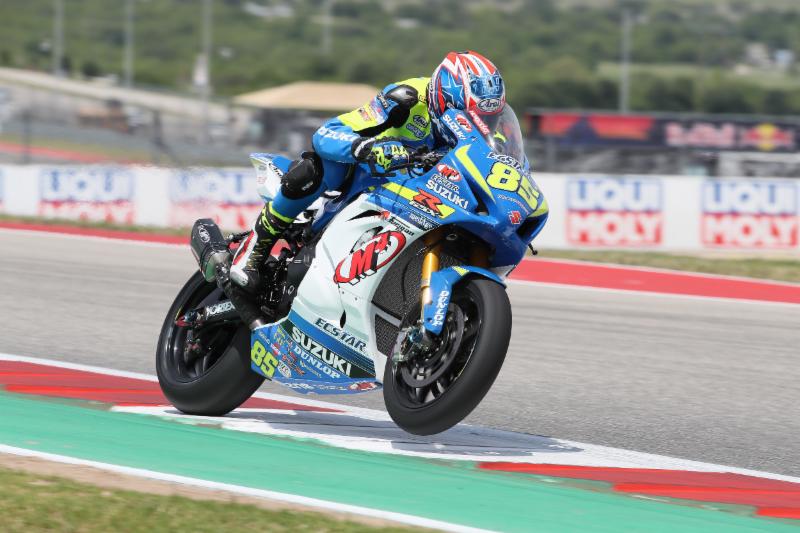 Team Hammer, Inc. is happy to confirm that it will again field Jake Lewis aboard an M4 ECSTAR Suzuki GSX-R1000 in the MotoAmerica Superbike class for the upcoming 2019 MotoAmerica AMA/FIM North American Road Racing season.

Last year, the 2015 MotoAmerica Superbike Rookie of the Year again established himself as a week-in, week-out front-runner in his full-time return to the premier category. The lanky Kentucky native ripped off 13 top-five finishes during his 2018 campaign, including a podium performance at Utah Motorsports Campus.

He ended the season ranked sixth in the title fight, just a single point removed from fifth.

Having just turned 23 in November, Lewis is just starting to tap into his full potential despite an already heavily decorated racing résumé. Among his many accomplishments, Lewis was 2012 SuperSport East Champion, 2013 Daytona SportBike Rookie of the Year, 2014 Daytona SportBike Championship runner-up, 2015 MotoAmerica Superbike Rookie of the Year, and 2017 MotoAmerica Superstock Championship runner-up.

“I’m glad we were able to continue and that I’ll be back on a Suzuki again with the same team I’ve been with for the past few years,” said Lewis. ” I have a ton of confidence in the team and know what to expect and we work well together. I feel like we’ve been able to gain some momentum and I am proud of what we’ve been able to accomplish.”

Lewis feels the 2019 season will bring his best results yet. “The new electronics rules will help us a lot and I also feel like the two-day events will play into our favor as well,” Lewis said. “The Superbike class is going to be stacked. The level of talent is really good. That makes it more exciting for me and that will make it entertaining for the fans, too. This off-season, I have been working hard on what it takes to be mentally ready for the start of the year and I’m about to head to Texas to get my pre-season training in.”

“This will be our fourth year with Jake and we are happy with how he has progressed in his time with us,” said Team Manager Chris Ulrich. “We think he is an exceptional young talent who will be on the racing scene for a long time. Jake continues to improve his technical skills and his ability to provide accurate feedback to the team. He’s overcome injuries and adversity and produced results on the track once again. We’re looking forward to working with him as his career continues to develop.” 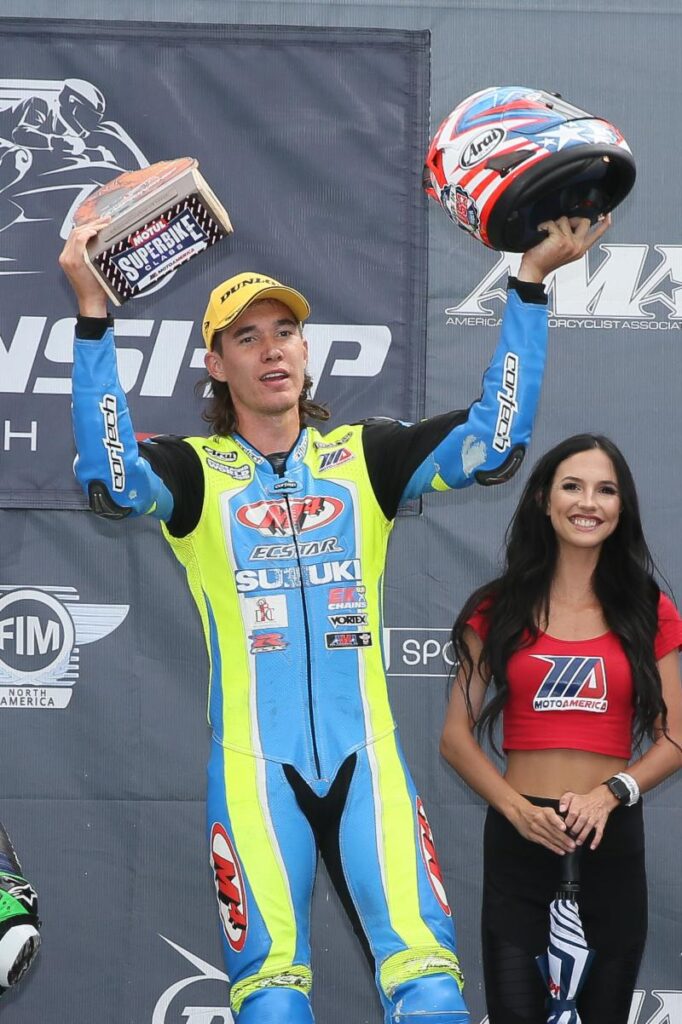