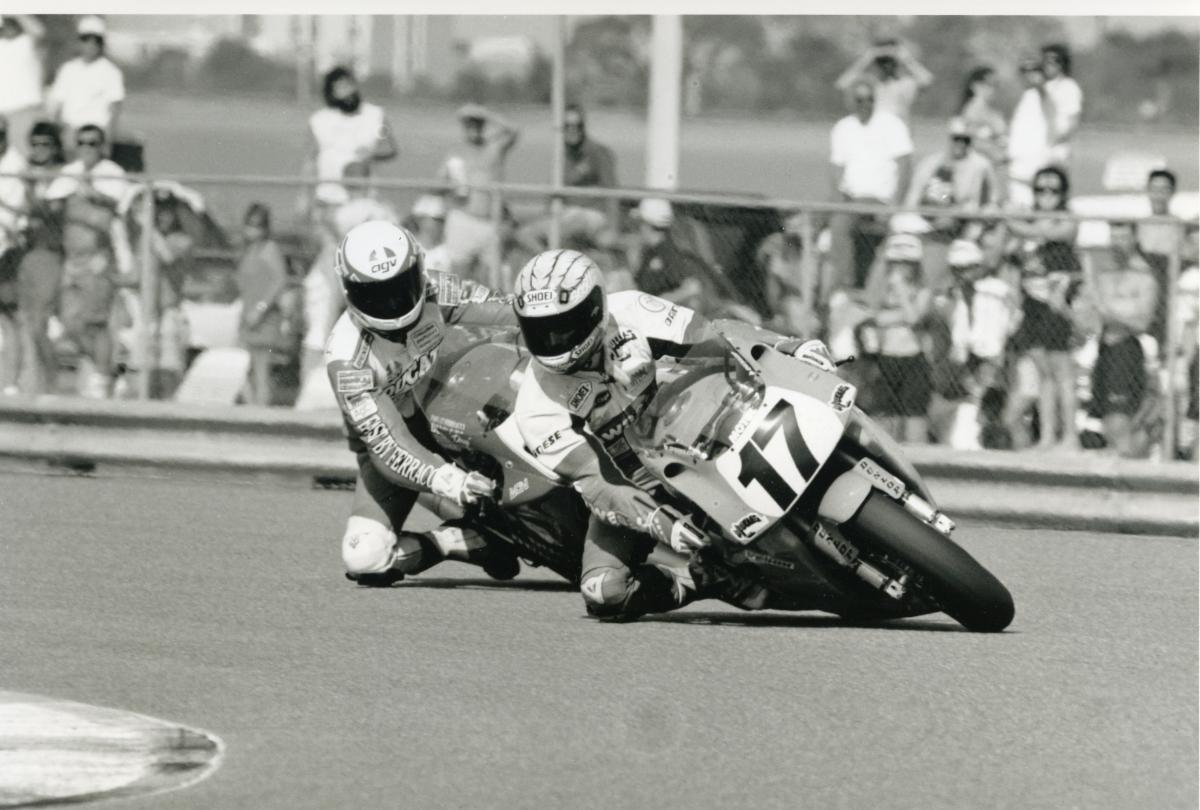 The Team Hammer Advanced Riding School is thrilled to announce the addition of the ultimate guest instructor for its upcoming event at Daytona International Speedway on October, 18: “Mr. Daytona” himself, Scott Russell.

Russell ranks as one of history’s most accomplished and popular road racers with an extensive resume that includes World Superbike and AMA Superbike Championships, a Suzuka 8-Hour victory, 500cc GP World Championship podiums, and an AMA Pro Athlete of the Year award.

However, the AMA Motorcycle Hall of Fame member’s legend is built in large part on his Daytona 200 heroics. Russell earned his “Mr. Daytona” title not just by winning the grueling, prestigious race a record-setting five times, but by the way in which he earned those victories.

“I think this is going to be really cool,” said Russell. “It’s great any time I can go back to ride at Daytona. I won the Daytona 200 five times and feel like I should have got seven of ’em, so the idea of sharing what I learned racing here with others and having a good time appeals to me. I think it should be a great experience for everyone.”

Russell continued: “I was surprised and excited to get the call and it is going to be a great time. I’ve been riding a good bit lately and just got back from Barber and three days at Thunder Hill, so I’m ready to go to a track that is a special place for me.”

Russell won the Daytona 200 in just about every conceivable way, from beating fellow Superbike World Champion Doug Polen in a photo finish after getting fuel dumped on him in a prior pit stop; to recovering following a crash to chase down and beat World Superbike legend Carl Fogarty; to flat-out dominating races stacked with some of the best racers the world has seen make an attempt to beat him.

Early in his career, Russell was a member of the 1988 Team Hammer Supersport Support program, competing in AMA Supersport Nationals and WERA Suzuki Cup events, making his return to Daytona even more of a homecoming.

Mere mortals and aspiring legends alike now have a chance to learn from Russell’s immense experience and invaluable insight around the famed high banks of Daytona International Speedway.

Joining Russell as instructors will be Team Hammer’s own 2019 MotoAmerica Supersport Champion Bobby Fong, plus 2019 Daytona 200 pole sitter Sean Dylan Kelly, who at age 16 became the youngest rider to earn pole in the history of the iconic event. Kelly finished second in the 2019 Daytona 200, with Fong–who led handily when the race was red-flagged with just a few laps to go–finishing a close third in a four-lap restart. All three–Russell, Fong, and Kelly–will share their expertise with students. Joining them will be Team Hammer endurance and Formula USA star Michael Martin and Team Hammer Vice President and USMCA Certified Coach Chris Ulrich, who have both won overall in endurance events at Daytona–AMA Pro for Martin and AMA MotoST for Ulrich–in addition to their multiple overall WERA National Endurance Championships and wins in AMA Pro and F-USA races at other tracks. 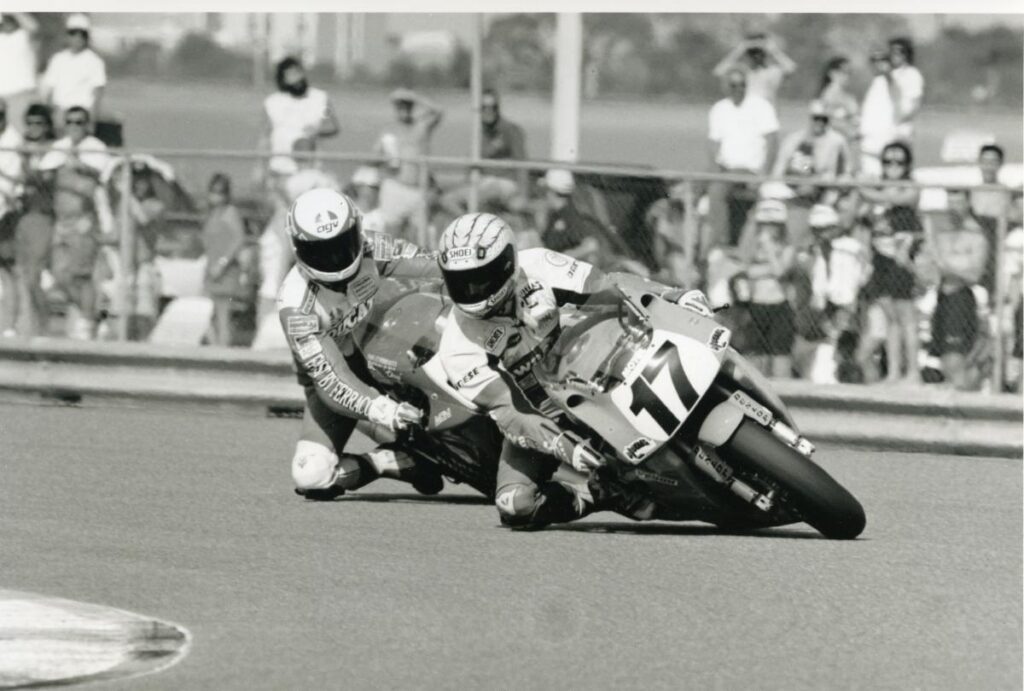 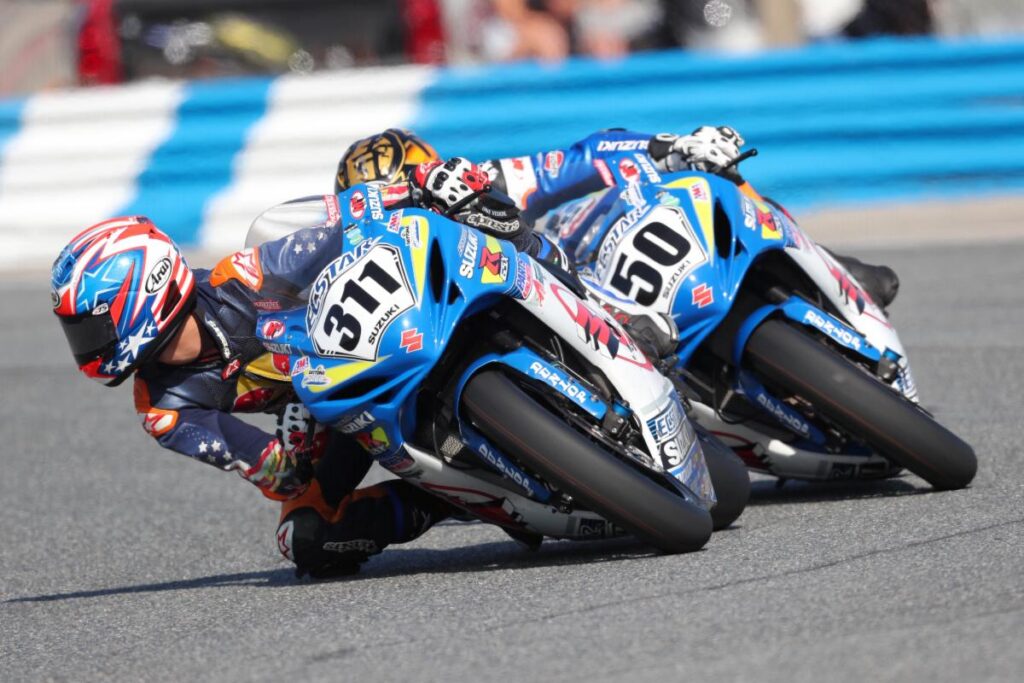