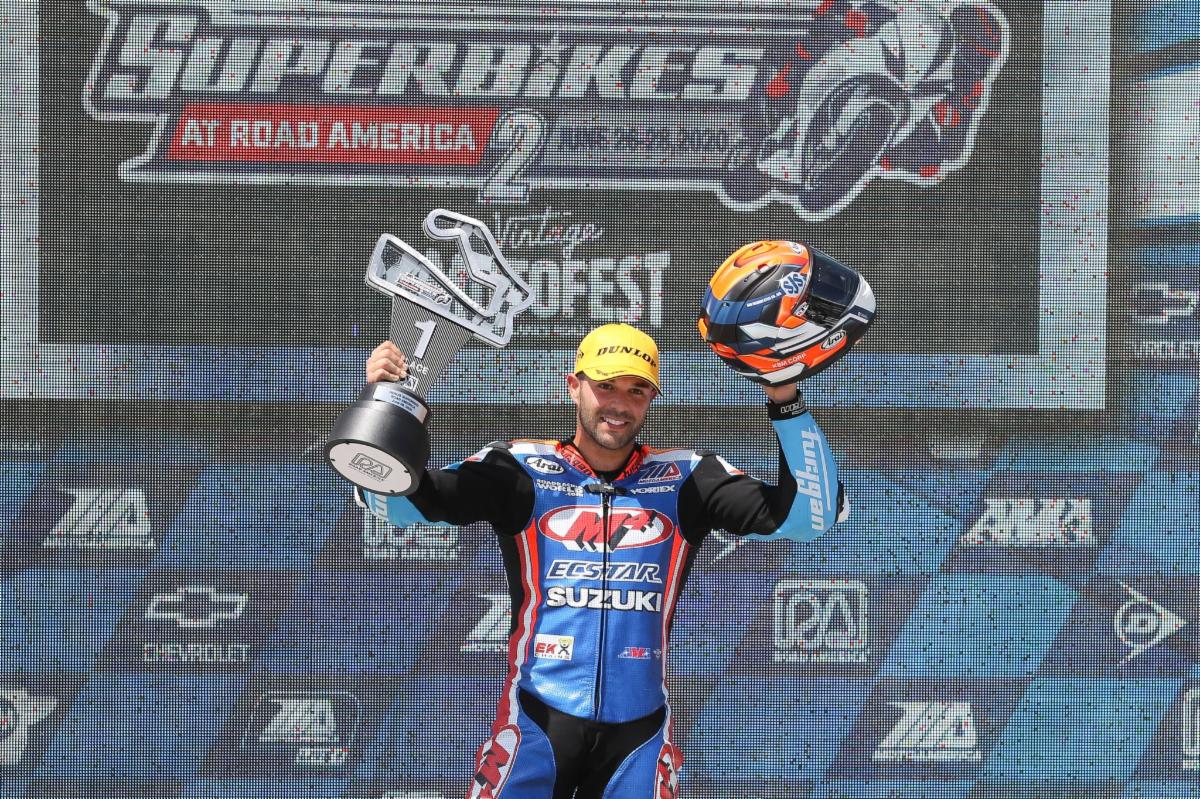 The 2019 MotoAmerica Supersport champion built upon the impressive pace he flashed aboard his M4 ECSTAR Suzuki GSX-R1000 in the opener and translated it into a highlight-packed follow-up weekend. On Saturday, Fong qualified second for the twin premier-class finals and raced to an unchallenged second. He took another step forward on Sunday, ultimately rewarding the team with a victory.

“It’s been a pleasure riding for M4 ECSTAR Suzuki,” said Fong. “They gave me an opportunity to ride this Superbike and showcase my talents and show what I can do against the big boys and now it’s paying off. We’ve just got to keep the ball rolling.” 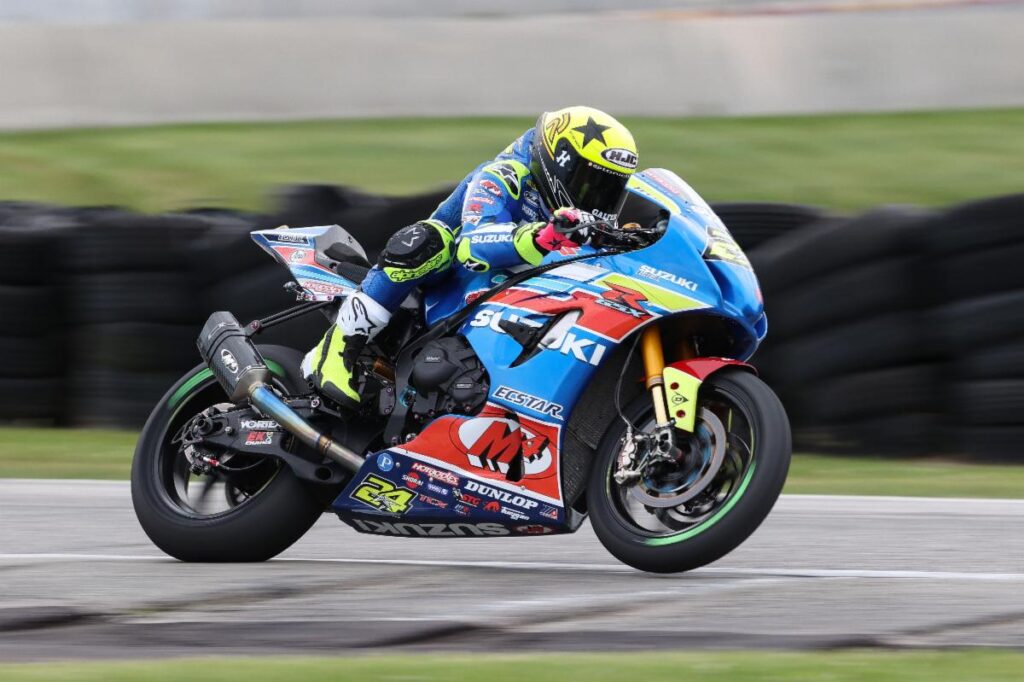 M4 ECSTAR Suzuki Superbike teammate Toni Elias endured another eventful weekend, but it was a big step up from his zero-points opener. The 2017 MotoAmerica Superbike champion appeared to have taken a podium position in Saturday’s Superbike Race 1, but was later assessed to have overtaken under yellow-flag conditions on the final lap. As a result, he was docked a position and awarded fourth in the official results. On Sunday, the Spaniard was again in podium contention before being knocked off his machine by another rider. Elias remounted and raced his way to a hard-earned seventh. 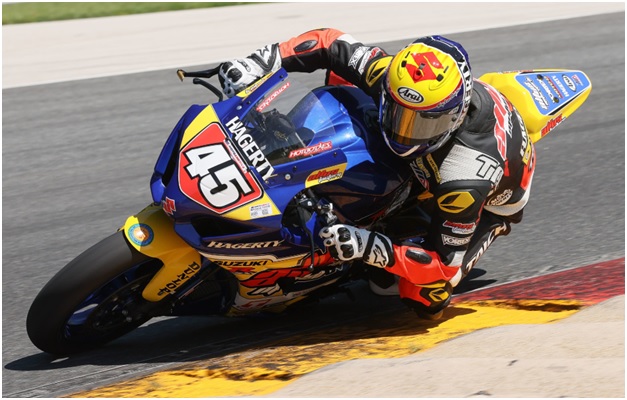 In addition, Petersen, who rides for Suzuki’s dealer effort Altus Motorsports, clinched a win on his Team Hammer-built Suzuki GSX-R1000 in the Stock 1000 class. Petersen showed good pace on the high-speed Road America track and is eager to add to his points standings. 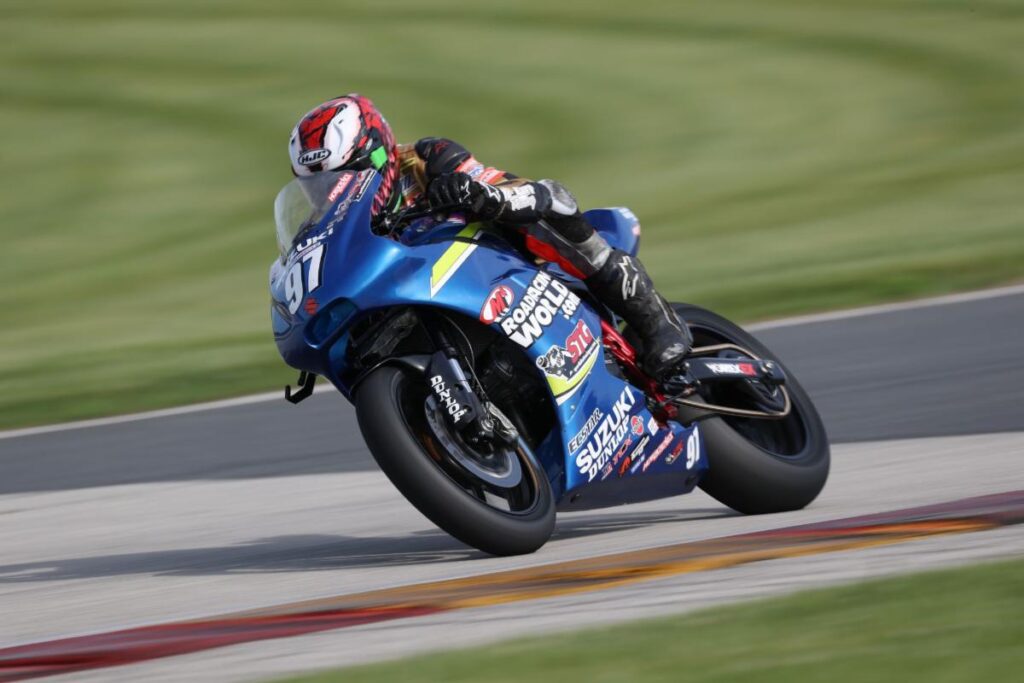 Landers grabbed his first Twins Cup victory on Sunday aboard the Roadracing World Young Guns/Sportbiketrackgear.com Suzuki SV650 built by Team Hammer after topping qualifying with a new class record lap of 2: 27:452. Landers is looking forward to adding another win to his young career throughout the season. 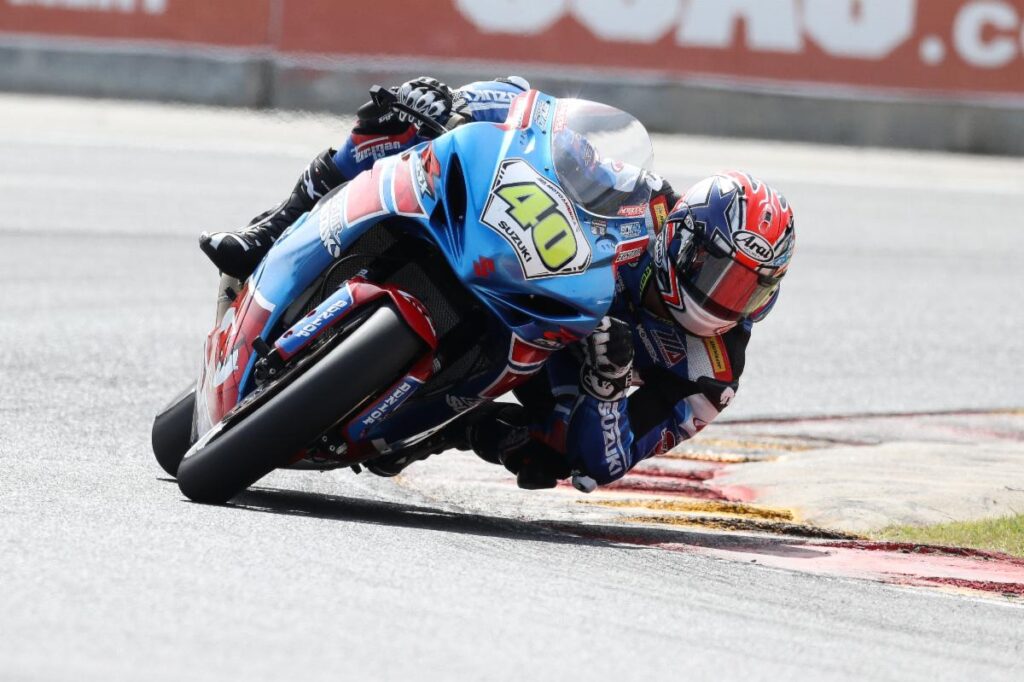 Sean Dylan Kelly, who earned the team’s sole podium result in the opener, stepped up his game in the MotoAmerica Supersport class. ‘SDK’ took full advantage of the capabilities of his M4 ECSTAR Suzuki GSX-R600 to secure the first pole position of his MotoAmerica career. He then backed that up with a pair of runner-up results, each one a step closer to the win than the last.

“It was a fun race,” said Kelly. “We definitely showed a lot of fight and had some nice passes for the lead. We’re taking it race by race, but at the end of day, we want the championship and that means taking as many points as possible.” 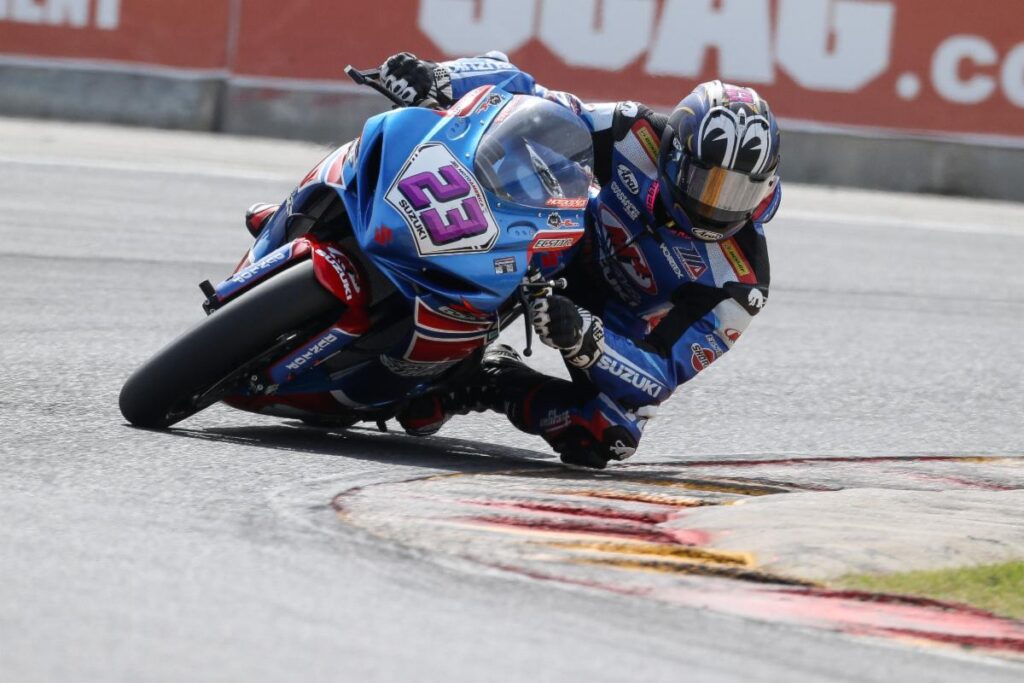 Lucas Silva (#23) logged a solid seventh-place finish on his Suzuki GSX-R600 in Race 1. 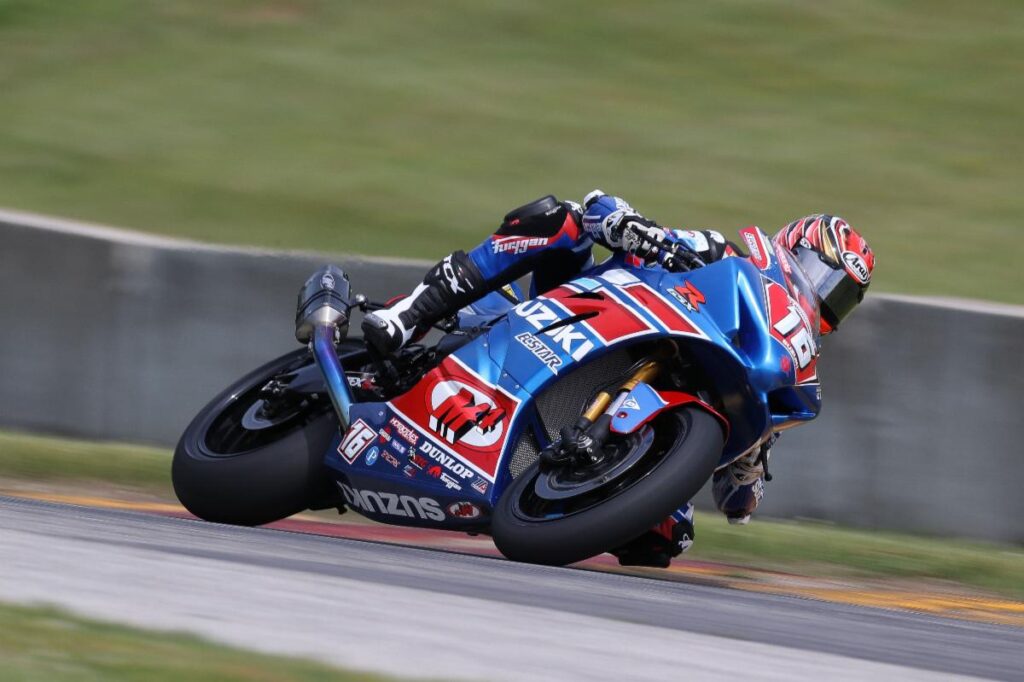 Alex Dumas made huge strides of his own in his second weekend in the Stock 1000 category after previously winning national titles in the Junior Cup and Twins Cup classes. After both qualifying and finishing seventh in his literbike debut, the French Canadian qualified fifth and finished fourth in his second go on the M4 ECSTAR Suzuki GSX-R1000, battling for the podium throughout.

Suzuki and its riders will look to capitalize on its renewed momentum when the series resumes for Round 3 at Road Atlanta on July 31-August 2.