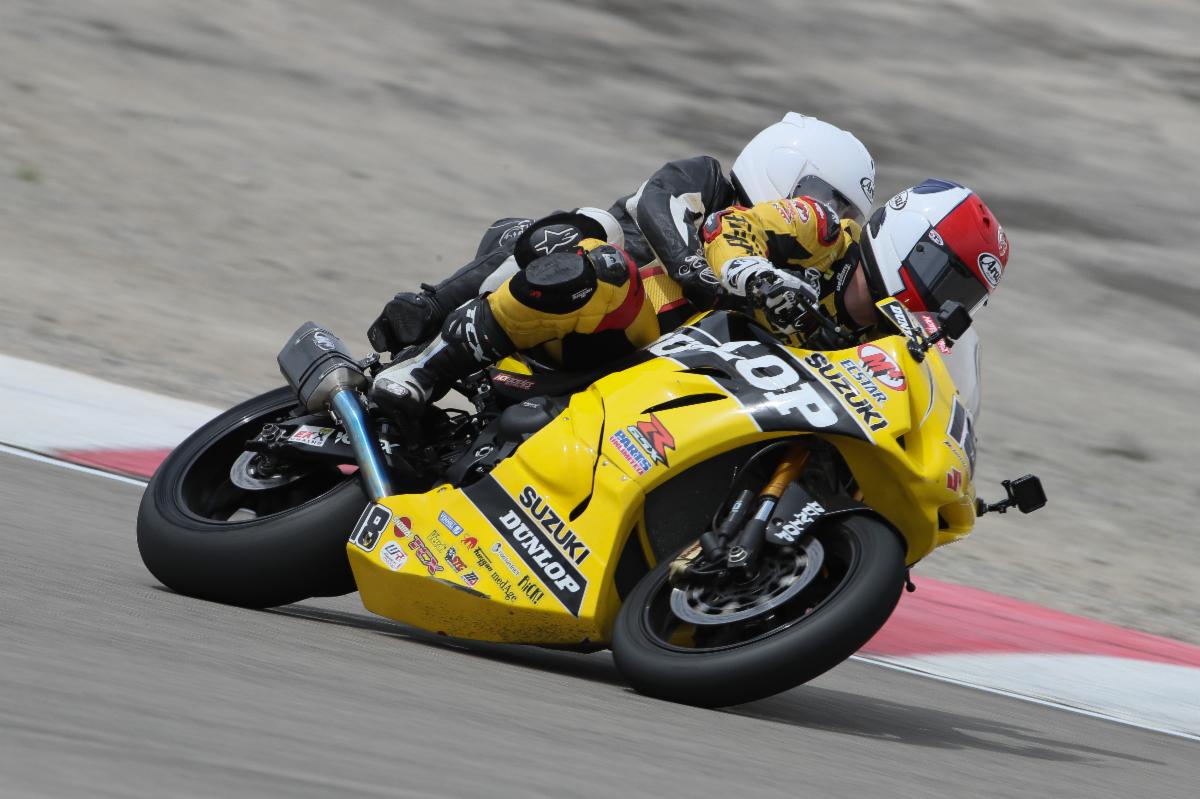 Team Hammer is thrilled to confirm the Dunlop M4 Suzuki Two-Seat Superbike Program is continuing in 2020 to celebrate its 20th anniversary of bringing fans, the media, and VIPs closer to the awe-inspiring sport of motorcycle road racing than would be otherwise possible.

The incredible acceleration and gravity-defying lean angles demonstrated by elite MotoAmerica-caliber riders on tracks across the United States are once again available to be experienced by a wider audience during MotoAmerica AMA/FIM North American Road Racing Championship race weekends, thanks to the Dunlop M4 Suzuki Two-Seat Superbike Program.

Even the most spirited highway ride or advanced video game pales in comparison to accurately experiencing the precision, skill, and bravery required to compete with the nation’s best by carving up an actual MotoAmerica racetrack with a professional racer at the controls.

Of course, along with the unprecedented, up-close access to the visceral and high-speed action of the sport, the Dunlop M4 Suzuki Two-Seat Superbike Program has always placed an added emphasis on taking the proper safety measures. And in 2020, that includes extra COVID-19 specific precautions. Passengers are asked to do their part as well, which necessitates bringing their own full-face helmet, while leather, boots, and gloves will still be provided. Masks and social distancing will be required in the staging area.

Retired professional Superbike racer Chris Ulrich pilots the Dunlop M4 Suzuki Two-Seat Superbike, and has given more than 1,400 rides. “The 2020 season has been a challenge so far,” said Ulrich, “but we will be on track and ready to give rides to media reps, VIPs, and fans for the remainder of the MotoAmerica season. The Two-seat Superbike program has grown each season since we started giving rides at MotoAmerica events. And I’m looking forward to giving thrill rides at Road America while raising money to help the Roadracing World Action Fund deploy soft barriers. See you at the track!”

“The Dunlop M4 Suzuki Two-Seat program is a real hit at our events,” said MotoAmerica President Wayne Rainey. “There’s no better way to show fans, media and VIPs what our sport is all about than putting them on the back of a Superbike. They always get off the bike smiling and with a better understanding and appreciation of what motorcycle road racing is all about and what it takes for our riders to actually race at speed.”

Rob Montasser, Director of Sales at Dunlop, said, “We’re extremely excited to be involved with the Dunlop M4 Suzuki Two-Seat Superbike Program once again in 2020. It’s been a terrific success on every level, and we at Dunlop love having the opportunity to help grow the sport simply by showcasing how incredible it really is.”

Once again, media and VIP rides will take place on Thursday or Friday depending upon demand and will be available to fans on Saturday and Sunday of each MotoAmerica race weekend. Fan rides can be purchased as part of a $500 package, which includes a weekend general admission ticket with paddock access and a weekend parking pass, and also includes a $350 donation to the Roadracing World Action Fund (RWAF), a 501(c)(3) non-profit focusing on improving racetrack safety through the deployment of soft barriers.

Tickets can be purchased online at https://motoamerica.com/tickets/ prior to each event.