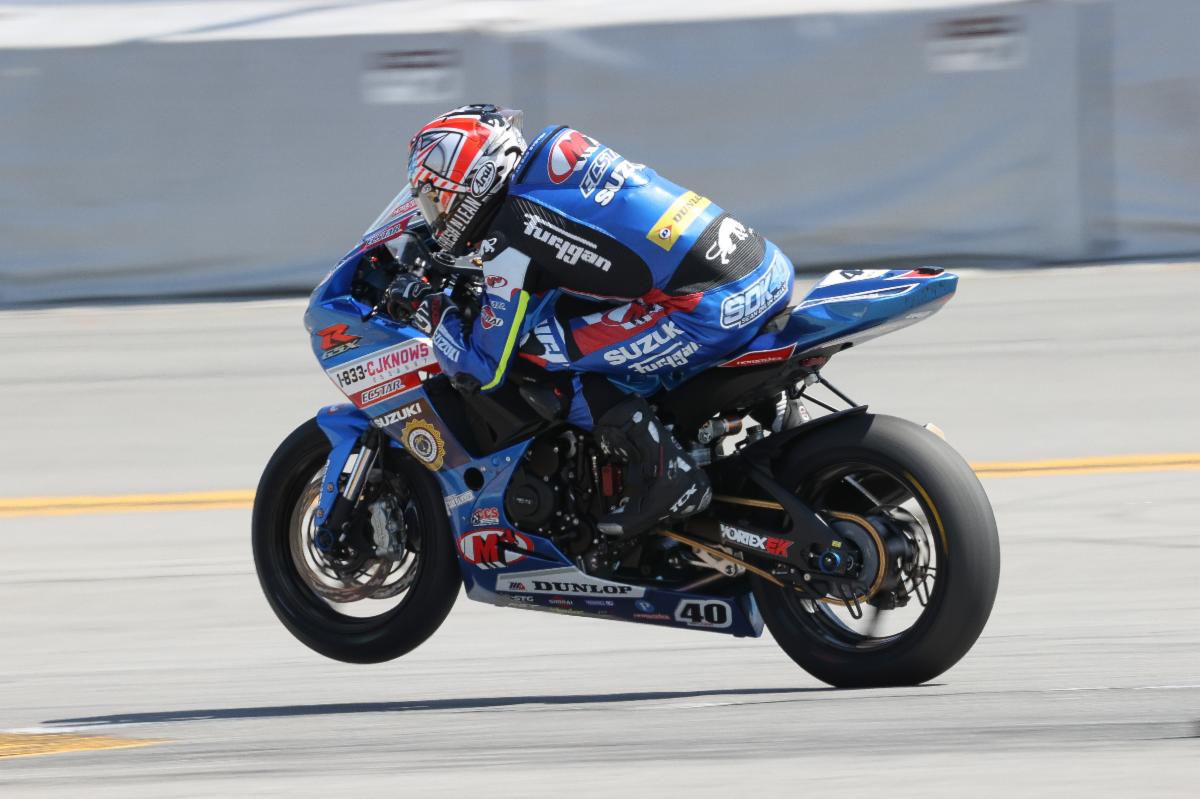 Sean Dylan Kelly backed up his perfect run of two Daytona 200 poles in two attempts by doing the same for his podium record in Saturday’s 79th running of the historic race at Daytona International Speedway, finishing a close second.

Kelly pushed the pace throughout the legendary 200-miler, controlling the contest from the front for the vast majority of a race that tests the upper limits of endurance, courage, speed, reliability, and focus.

However, he was reeled back into reach by a rival in the waning laps. And as it so often does, it all came down to one final showdown on the high banks.

Kelly was draft-passed in the decisive sprint to the checkered flag and immediately made an under-and-over move to try to power back by at the stripe. His audacious bid for victory came up a scant 0.031-second short, and the Floridian was forced to accept another close second place in the Daytona 200, in as many starts.

“It’s tough,” Kelly said. “Honestly, it hurts to get passed right at the line, but that’s what this race is. The Team Hammer crew gave me a really good bike, we did a great pitstop, and I think we did an overall amazing job. We tried our best and did what we could.

“I thought I could lead the last few laps, but it just wasn’t enough — that draft pass was just perfectly calculated. Huge thank you to the entire team and everyone out here supporting us. I hope everyone enjoyed that race.”